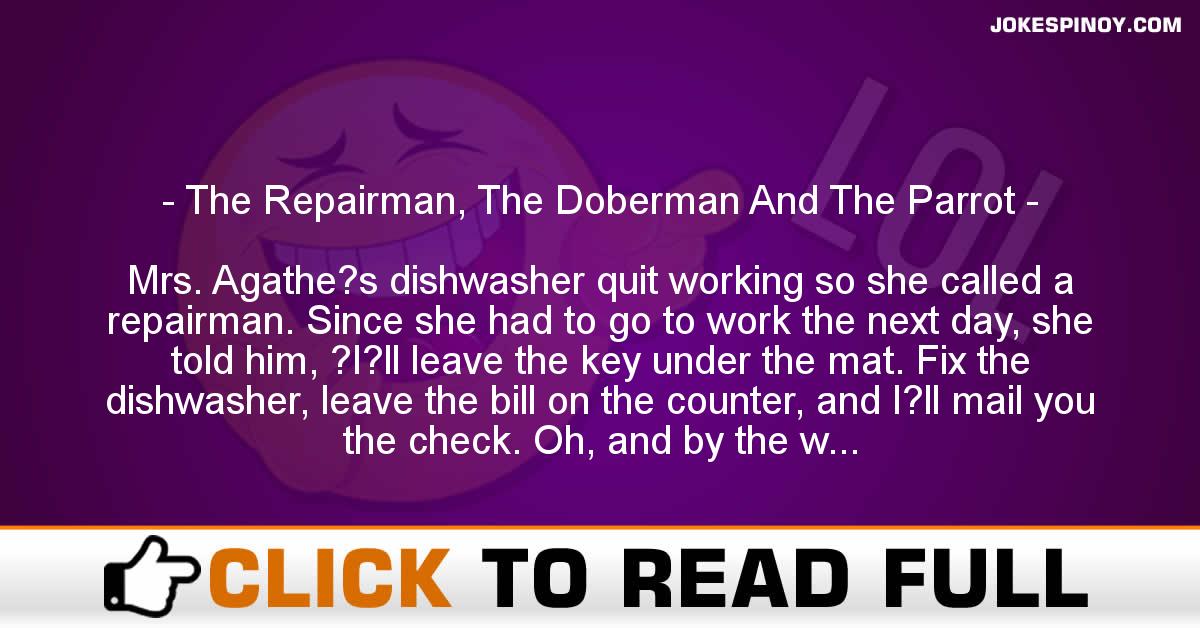 Mrs. Agathe?s dishwasher quit working so she called a repairman. Since she had to go to work the next day, she told him, ?I?ll leave the key under the mat. Fix the dishwasher, leave the bill on the counter, and I?ll mail you the check. Oh, and by the way?don?t worry about my Doberman. He won?t bother you. But, whatever you do, do NOT under ANY circumstances talk to my parrot!?
When the repairman arrived at Mrs. Agathe?s apartment the next day, he discovered the biggest and meanest looking Doberman he had ever seen. But just as she had said, the dog simply laid there on the carpet, watching the repairman go about his business.
However, the whole time the parrot drove him nuts with his incessant cursing, yelling and name-calling.
Finally the repairman couldn?t contain himself any longer and yelled, ?Shut up, you stupid ugly bird!? To which the parrot replied, ?Get him, Spike!?