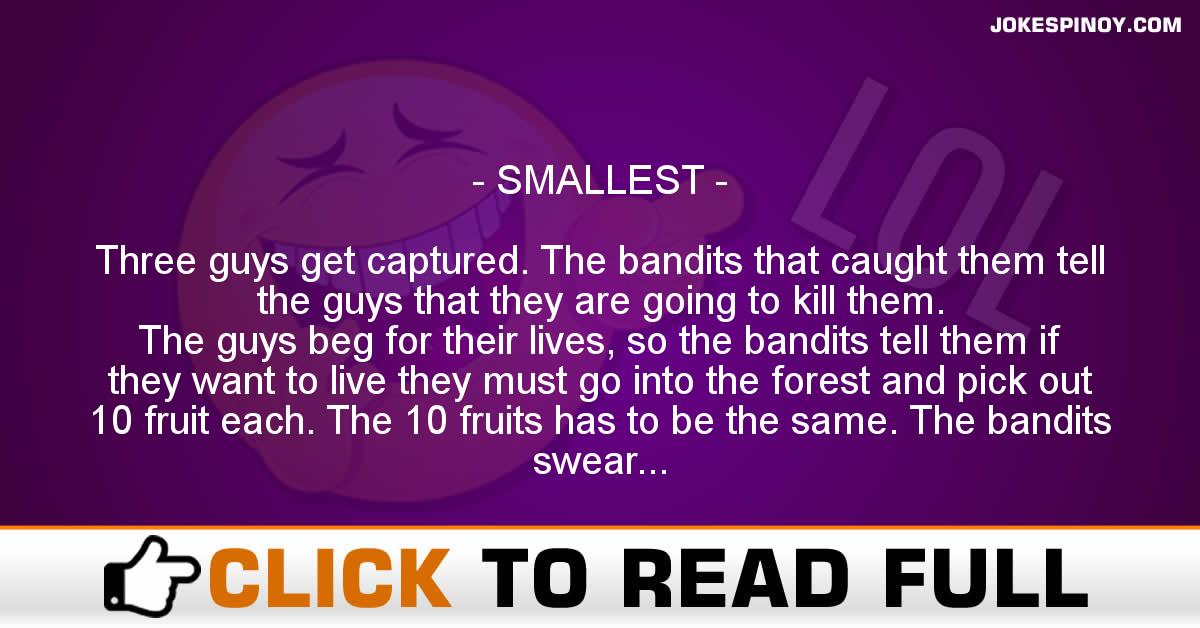 Three guys get captured. The bandits that caught them tell the guys that they are going to kill them.
The guys beg for their lives, so the bandits tell them if they want to live they must go into the forest and pick out 10 fruit each. The 10 fruits has to be the same. The bandits swear they will release them if they do. Obviously wanting to live, they set out.
10 minutes later the first guy returns with 10 apples. The bandits smile and tell him that he has to stick the apples up his ass one by one or they kill him. If he makes any sound or shows pain he dies.
He starts…gets in 1…2…3…4..5 and then can’t help it, laughs and they shoot him.
5 minutes later, the second guy comes back with 10 berries. The bandits tell him he has to shove it up his ass or they kill him. If he shows any kind of pain or makes a sound, then he dies.
He starts…gets in 1…2…3…4…5…6…7…8…9! And on the 9th one he bursts out laughing suddenly and they shoot him.
The APPLE guy meets the BERRIES guy in heaven.
The apple guy says, “Dude, you had 1 more to go, why would you get yourself killed?”
The berry guy replies, “I couldn’t help it. I saw the last guy…and he was coming with 10 pineapples.