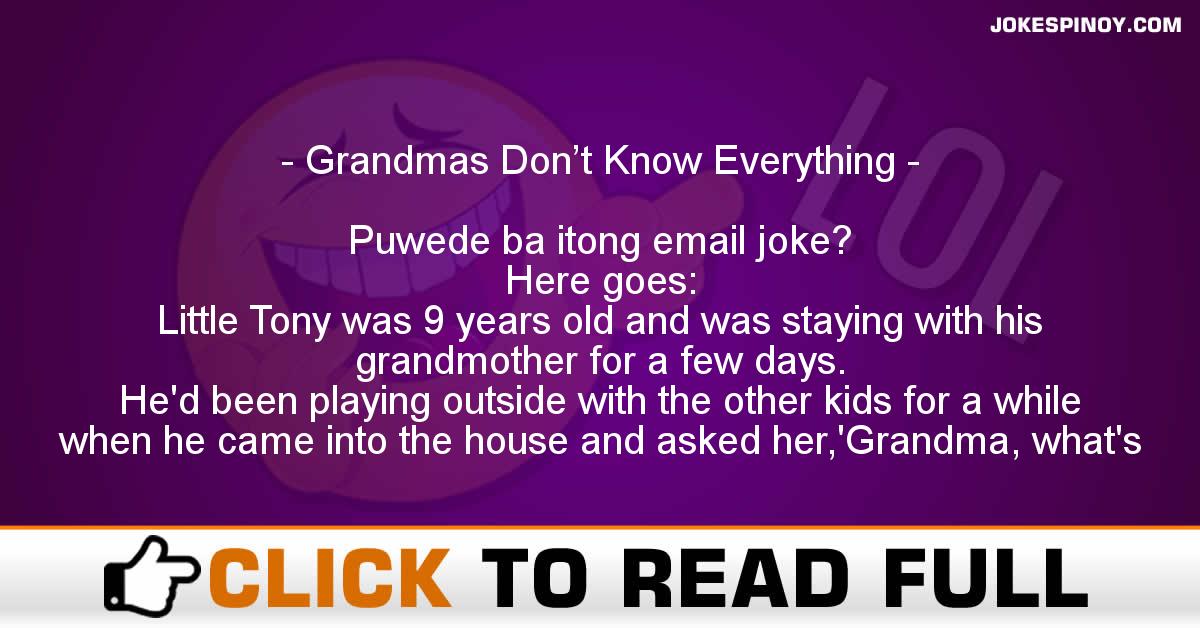 Puwede ba itong email joke?
Here goes:
Little Tony was 9 years old and was staying with his grandmother for a few days.
He’d been playing outside with the other kids for a while when he came into the house and asked her,’Grandma, what’s that called when two people sleep in the same room and one is on top of the other?’
She was a little taken aback, but she decided to tell him the truth. ‘It’s called sexual intercourse, darling.
‘Little Tony said, ‘Oh, OK,’ and went back outside to play with the other kids.
A few minutes later he came back in and said angrily, ‘Grandma, it isn’t called sexual intercourse. It’s called Bunk Beds. And Jimmy ‘s mum wants to talk to you.