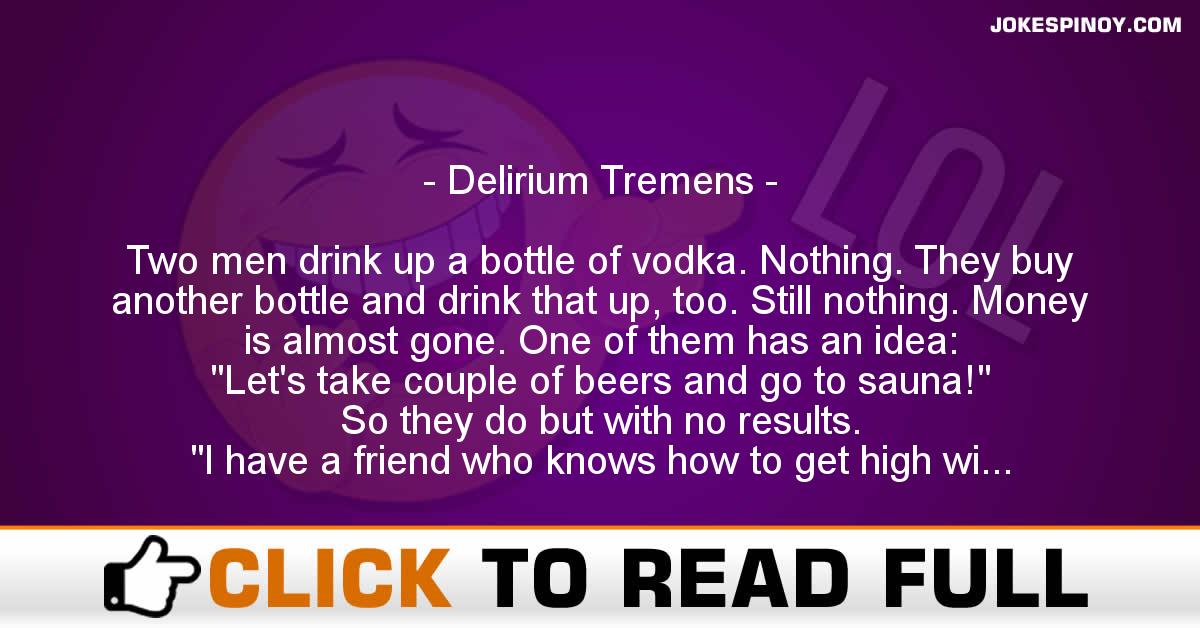 Two men drink up a bottle of vodka. Nothing. They buy another bottle and drink that up, too. Still nothing. Money is almost gone. One of them has an idea:
“Let’s take couple of beers and go to sauna!”
So they do but with no results.
“I have a friend who knows how to get high without any money,” says the other. “Let’s pay him a visit!”
They do. The friend glances over them and asks:
“You come from a sauna, don’t you?”
“That’s right! But how did you figure that out?” the men marvel.
“What’s to figure — naked men with bath whisks  in their hands…”