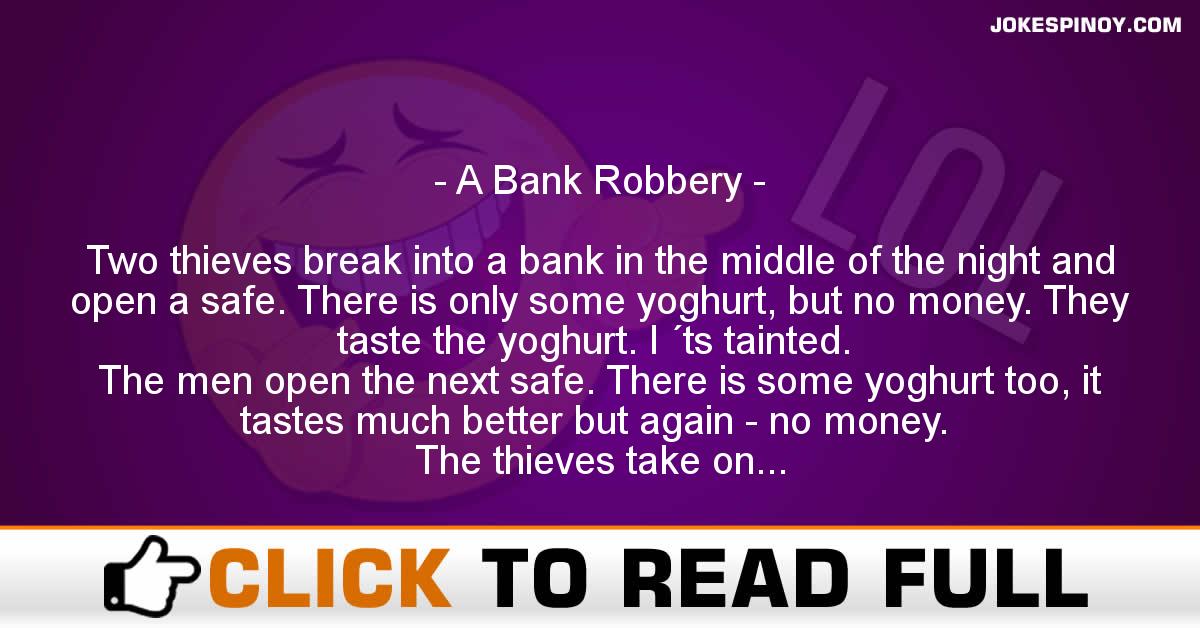 Two thieves break into a bank in the middle of the night and open a safe. There is only some yoghurt, but no money. They taste the yoghurt. I ´ts tainted.
The men open the next safe. There is some yoghurt too, it tastes much better but again – no money.
The thieves take on another safe. And there’s yoghurt again.
“John, why don’t you go outside and look if it is indeed a bank!” says one to the other, and sits down to eat the yoghurt which tastes really fresh and nutritious this time.
A couple of minutes late there comes John.
“It is definitely a bank!”
“What exactly did the sign say?”
“The Sperm Bank of Ohio!”