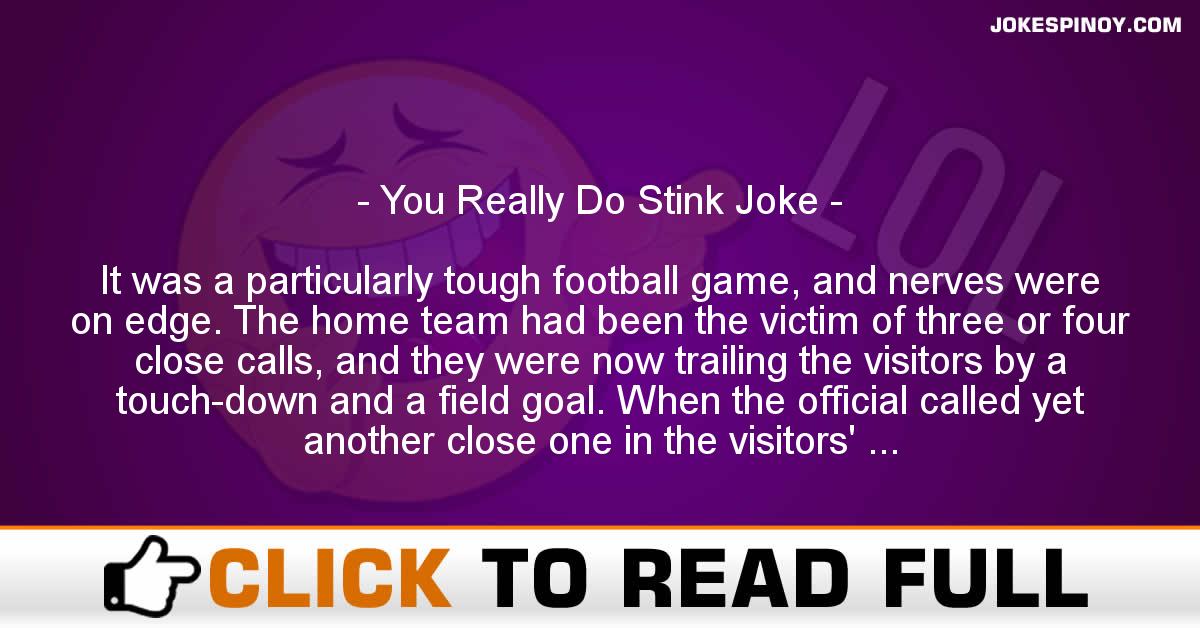 It was a particularly tough football game, and nerves were on edge. The home team had been the victim of three or four close calls, and they were now trailing the visitors by a touch-down and a field goal. When the official called yet another close one in the visitors’ favor, the home quarterback blew his top.How many times can you do this to us in a single game?” he screamed. “You were wrong on the out-of-bounds, you were wrong on that last first down, and you missed an illegal tackle in the first quarter.” The official just stared. The quarterback seethed, but he suppressed the language that might get him tossed from the game. “What it comes down to,” he bellowed, “is that you STINK!” The official stared a few more seconds. Then he bent down, picked up the ball, paced off 15 yards, and put the ball down. He turned to face the steaming quarterback. The official finally replied, “And how do I smell from here?”