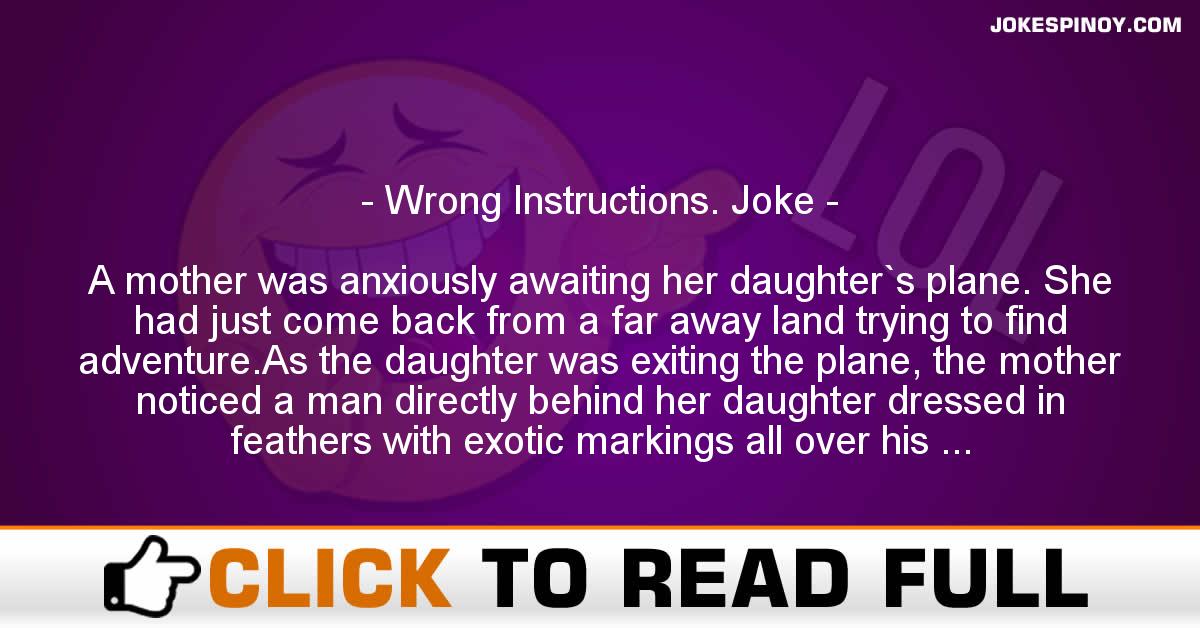 A mother was anxiously awaiting her daughter`s plane. She had just come back from a far away land trying to find adventure.As the daughter was exiting the plane, the mother noticed a man directly behind her daughter dressed in feathers with exotic markings all over his body and carrying a shrunken head. The daughter introduced this man as her new husband.The mother gasped in disbelief and disappointment and screamed,”I said for you to marry a Rich Doctor! a Rich Doctor!”