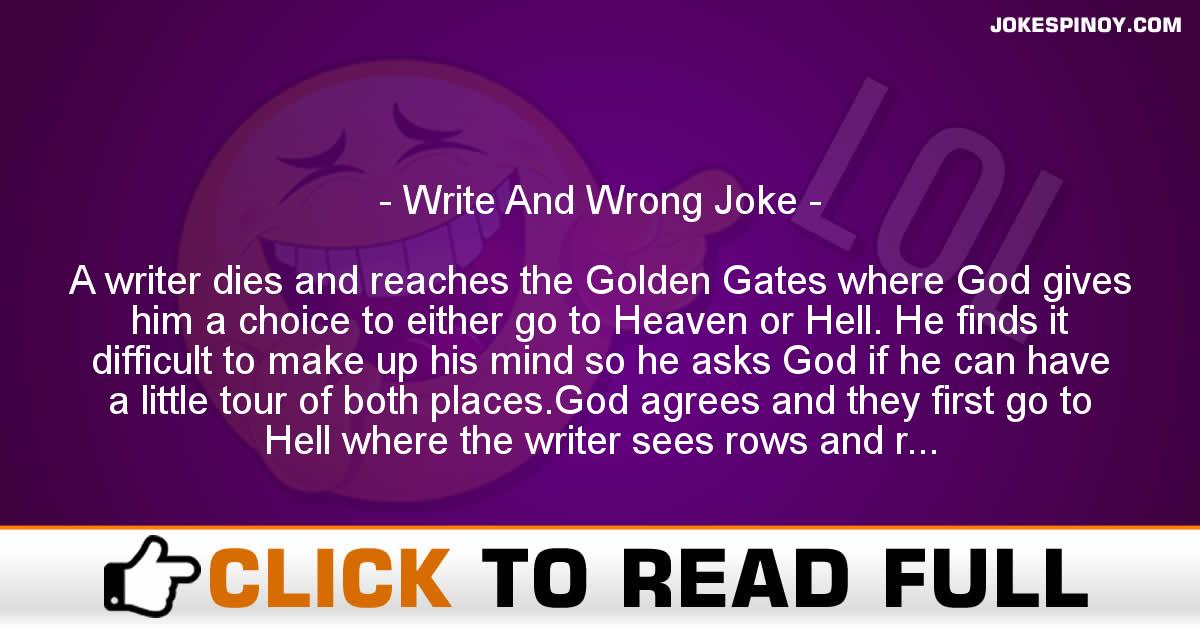 A writer dies and reaches the Golden Gates where God gives him a choice to either go to Heaven or Hell. He finds it difficult to make up his mind so he asks God if he can have a little tour of both places.God agrees and they first go to Hell where the writer sees rows and rows of writers, chained to their desks in an overheated room, being whipped if they stopped writing for a second by merciless editors and publishers. This really frightens the writer who then proceeds to Heaven hoping it’ll be better.In Heaven too he sees rows of writers, chained to their desks in an over heated room, being whipped mercilessly.So he turns to God and says, “But they’re both the same!”To which God replies, “Oh no. Here in Heaven your work gets published!”