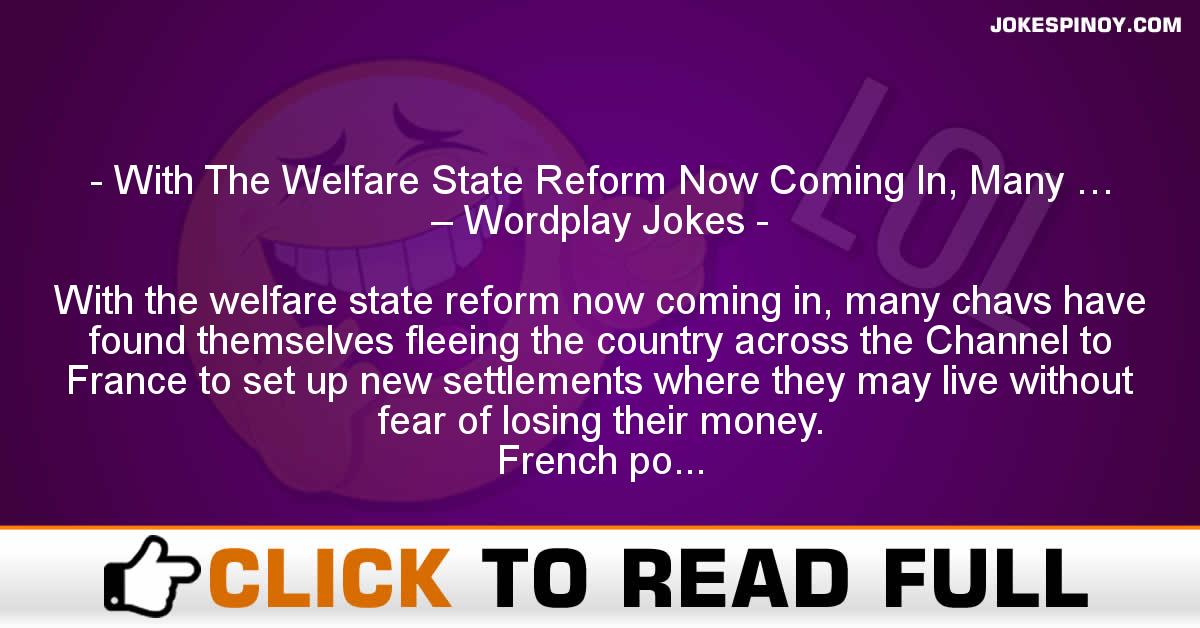 With the welfare state reform now coming in, many chavs have found themselves fleeing the country across the Channel to France to set up new settlements where they may live without fear of losing their money.
French police say that they will not be intervening in the towns of Gipeau, Asbeau and Jiereau.