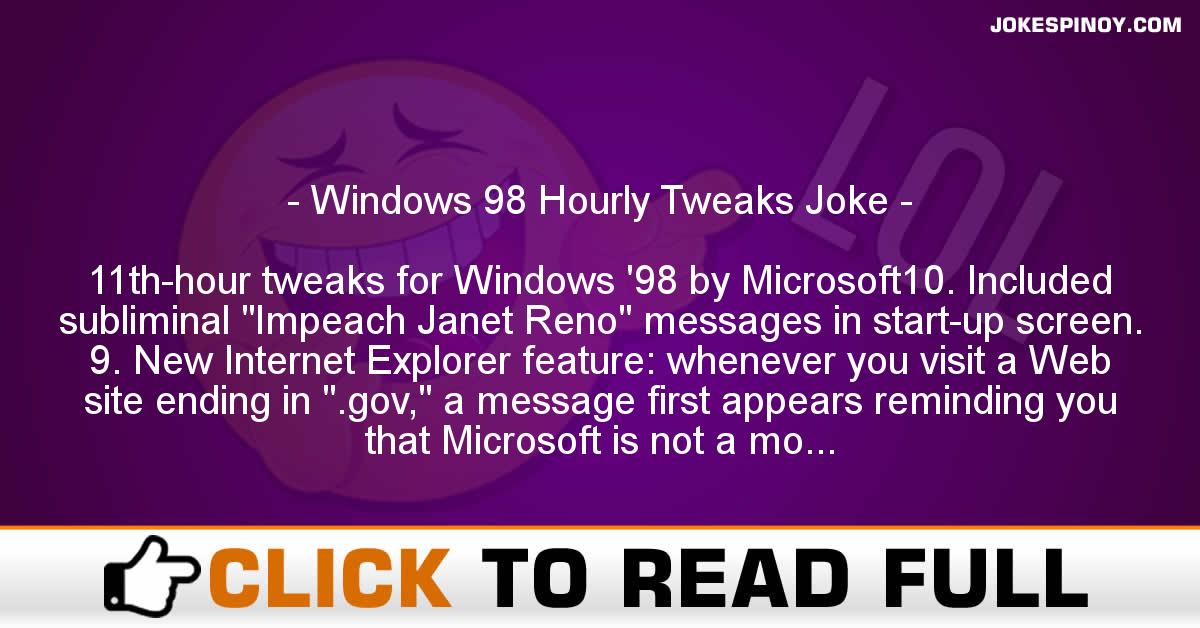 11th-hour tweaks for Windows ’98 by Microsoft10. Included subliminal “Impeach Janet Reno” messages in start-up screen. 9. New Internet Explorer feature: whenever you visit a Web site ending in “.gov,” a message first appears reminding you that Microsoft is not a monopoly. 8. Source code no longer ones and zeros–try 666s and zeros. Windows start-up theme, played backward, says, Here’s to my sweet Satan.” 7. Comes with check for $50 that, if cashed, puts your name on an Internet petition telling the DOJ to buzz off *and* changes your long distance carrier to AT&T. 6. New desktop icon–click once, and $1 will go directly from your checking account into the Microsoft Legal Defense Fund. 5. Added new template to preinstalled version of Word: “Letter to the editor expressing delight with Microsoft products.” 4. Freebie computer-controlled Barney doll has been reprogrammed to say, “Big government is sca-a-ary. Janet tried to hurt me.” 3. TV function scrambles C-Span during antitrust hearings. 2. Desktop display with countdown tracking number of copies of Windows 98 that must yet be bought to prevent worldwide economic collapse! 1. Last-minute name change: was “Windows 98,” now “Windows: Assimilate.”