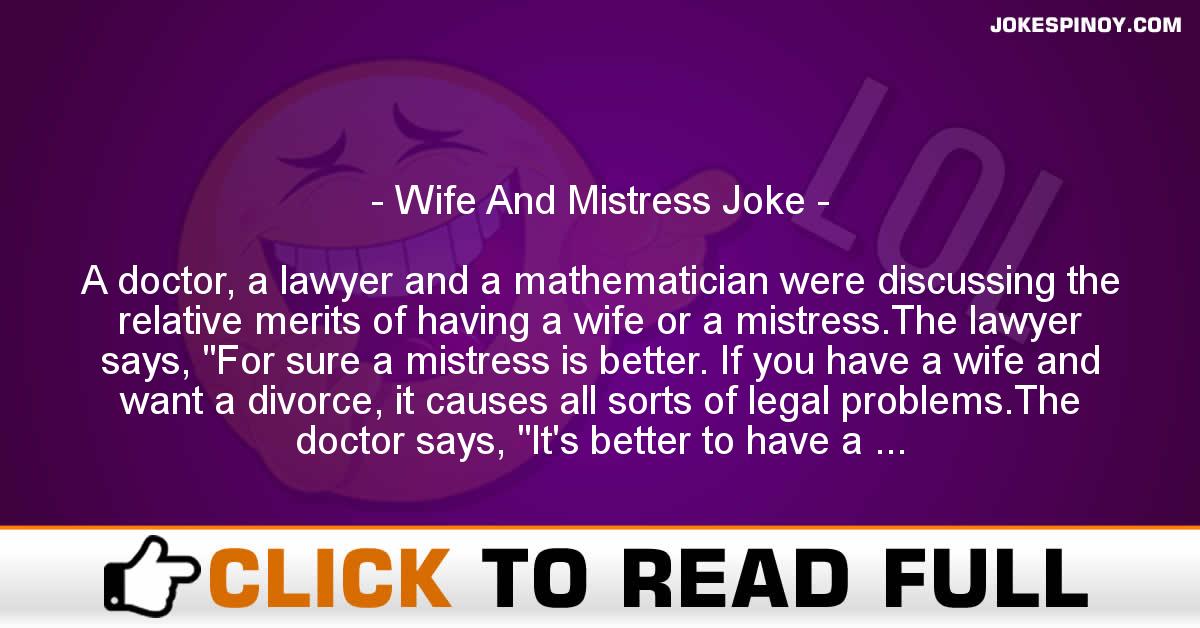 A doctor, a lawyer and a mathematician were discussing the relative merits of having a wife or a mistress.The lawyer says, “For sure a mistress is better. If you have a wife and want a divorce, it causes all sorts of legal problems.The doctor says, “It’s better to have a wife because the sense of security lowers your stress and is good for your health.The mathematician says, “You’re both wrong. It’s best to have both so that when the wife thinks you’re with the mistress and the mistress thinks you’re with your wife, you can do some mathematics.