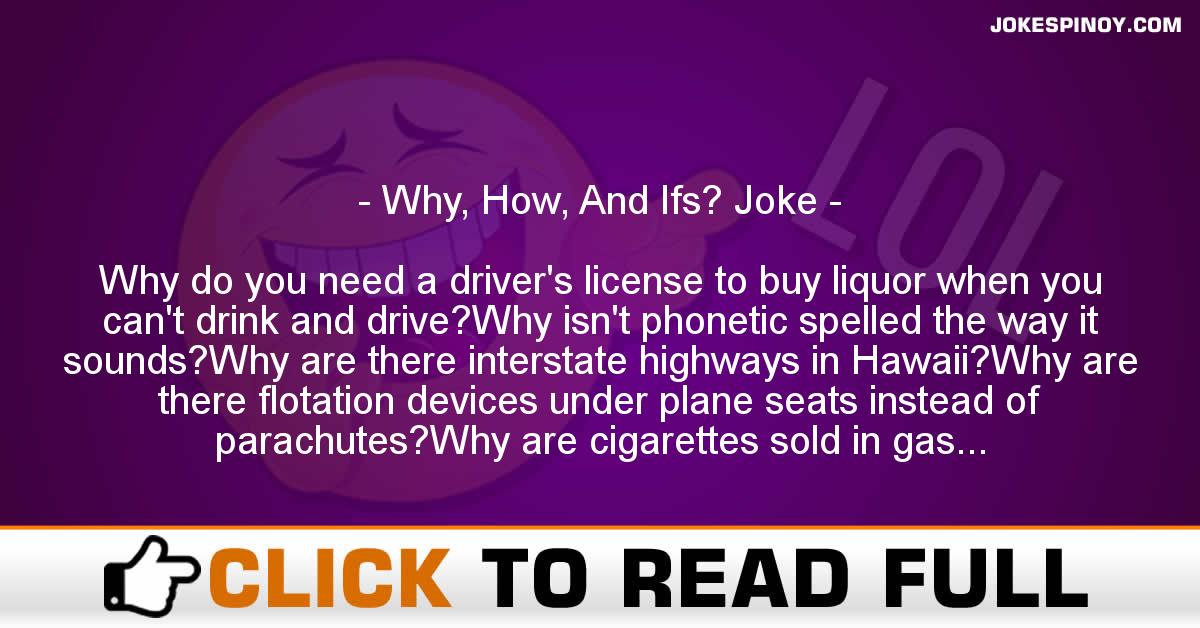 Why do you need a driver’s license to buy liquor when you can’t drink and drive?Why isn’t phonetic spelled the way it sounds?Why are there interstate highways in Hawaii?Why are there flotation devices under plane seats instead of parachutes?Why are cigarettes sold in gas stations when smoking is prohibited there?Have you ever imagined a world with no hypothetical situations?How does the guy who drives the snowplow get to work in the mornings?If 7-11 is open 24 hours a day, 365 days a year, why are there locks on the doors?If a cow laughed, would milk come out her nose?If nothing ever sticks to TEFLON, how do they make TEFLON stick to the pan?If you tied buttered toast to the back of a cat and dropped it from a height, what would happen?If you’re in a vehicle going the speed of light, what happens when you turn on the headlights?You know how most packages say “Open here”. What is the protocol if the package says, “Open somewhere else”?Why do they put Braille dots on the keypad of the drive-up ATM?Why do we drive on parkways and park on driveways?Why is it that when you transport something by car, it’s called a shipment, but when you transport something by ship, it’s called cargo?Why is it that when you’re driving and looking for an address, you turn down the volume on the radio?You know that little indestructible black box that is used on planes, why can’t they make the whole plane out of the same substance?