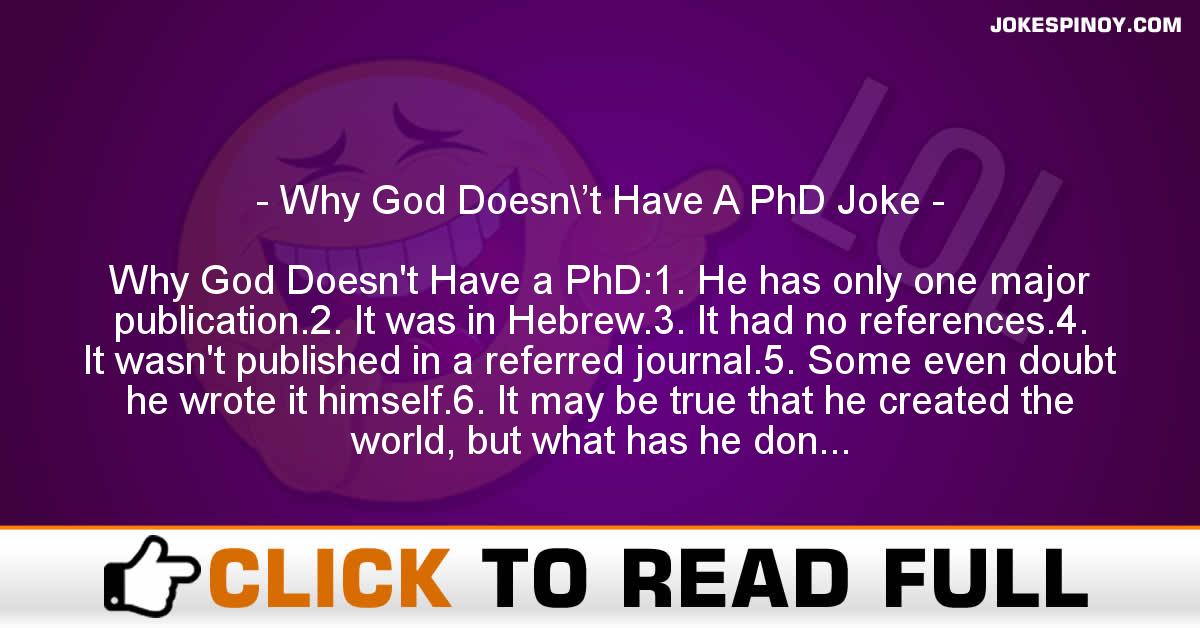 Why God Doesn’t Have a PhD:1. He has only one major publication.2. It was in Hebrew.3. It had no references.4. It wasn’t published in a referred journal.5. Some even doubt he wrote it himself.6. It may be true that he created the world, but what has he done since then?7. His cooperative efforts have been very limited.8. The scientific community has had a hard time replicating his results.9. He never applied to the ethics board for permission to use human subjects.10. When one experiment went awry he tried to cover it by drowning his subjects.11. When subjects didn’t behave as predicted, he deleted them from the sample.12. He rarely came to cla*s, just told students to read the book.13. Some say he had his son teach the cla*s.14. He expelled his first two students for learning.15. Although there were only 10 requirements, most of his students failed his test.16. His office hours were infrequent and usually held on a mountaintop.17. He’s been known to a*sociate with prostitutes.