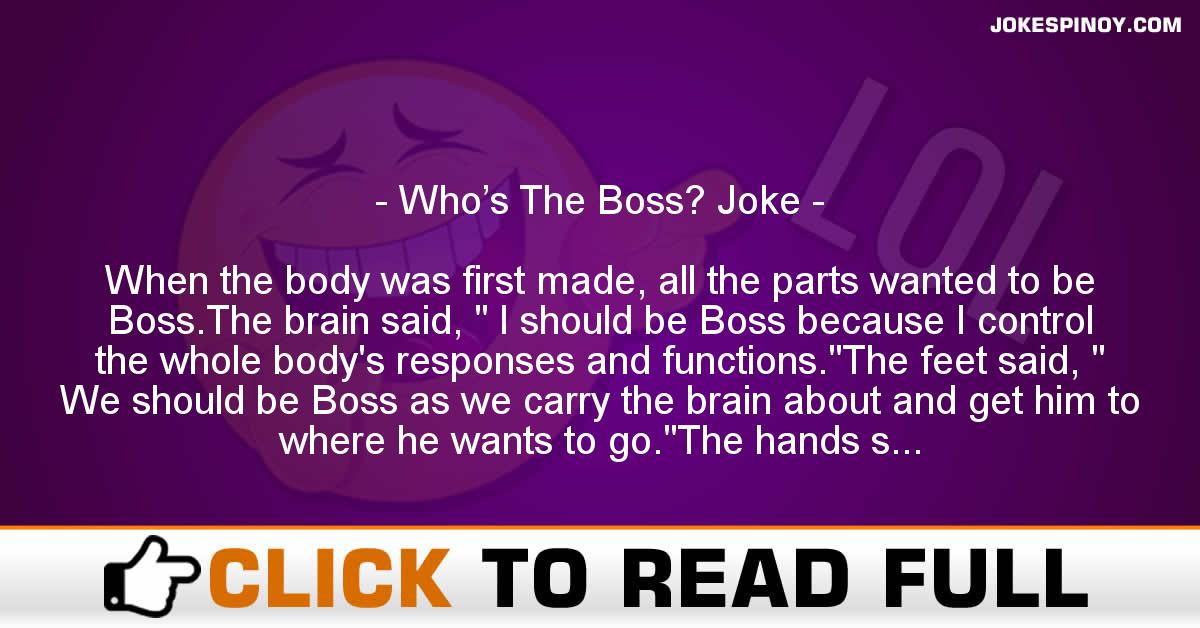 When the body was first made, all the parts wanted to be Boss.The brain said, ” I should be Boss because I control the whole body’s responses and functions.”The feet said, ” We should be Boss as we carry the brain about and get him to where he wants to go.”The hands said, ” We should be the Boss because we do all the work and earn all the money.”And so it went on and on with the heart, the lungs and the eyes until finally the a*shole spoke up. All the parts laughed at the idea of the a*shole being the Boss. So the a*shole went on strike, blocked itself up and refused to work.Within a short time the eyes became crossed, the hands clenched, the feet twitched, the heart and lungs began to panic and the brain fevered.Eventually they all decided that the a*shole should be the Boss, so the motion was pa*sed. All the other parts did all the work while the Boss just sat and pa*sed out the shit!Moral of the story: You don’t need brains to be a Boss – any a*shole will do!