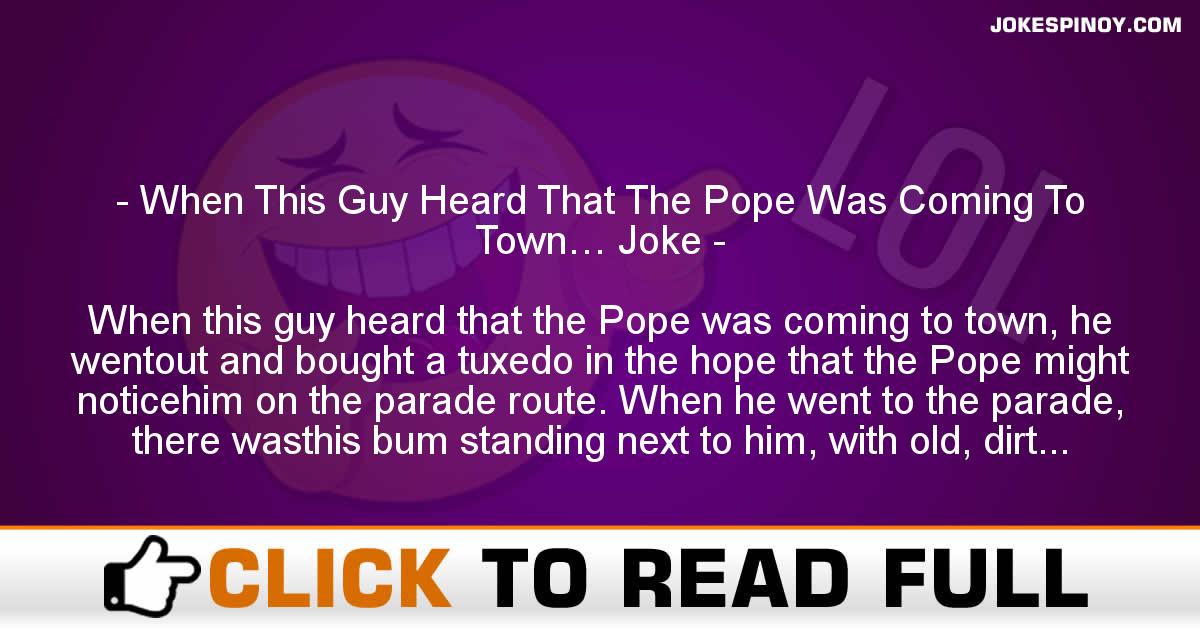 When this guy heard that the Pope was coming to town, he wentout and bought a tuxedo in the hope that the Pope might noticehim on the parade route. When he went to the parade, there wasthis bum standing next to him, with old, dirty clothes on. Thethe guy’s amazement, when the Pope came, he went over to thebum, and whispered something in his ear. Enraged, the guy wentover to the bum and offered him $100 for the clothes off hisback. Next day, he went back to the parade dressed like a bum.Sure enough, when the Pope came, he stopped in front of thisguy, and whispered in his ear, “I thought I told you to getthe hell out of here!”

Topic of Interest:    pope and the bum joke