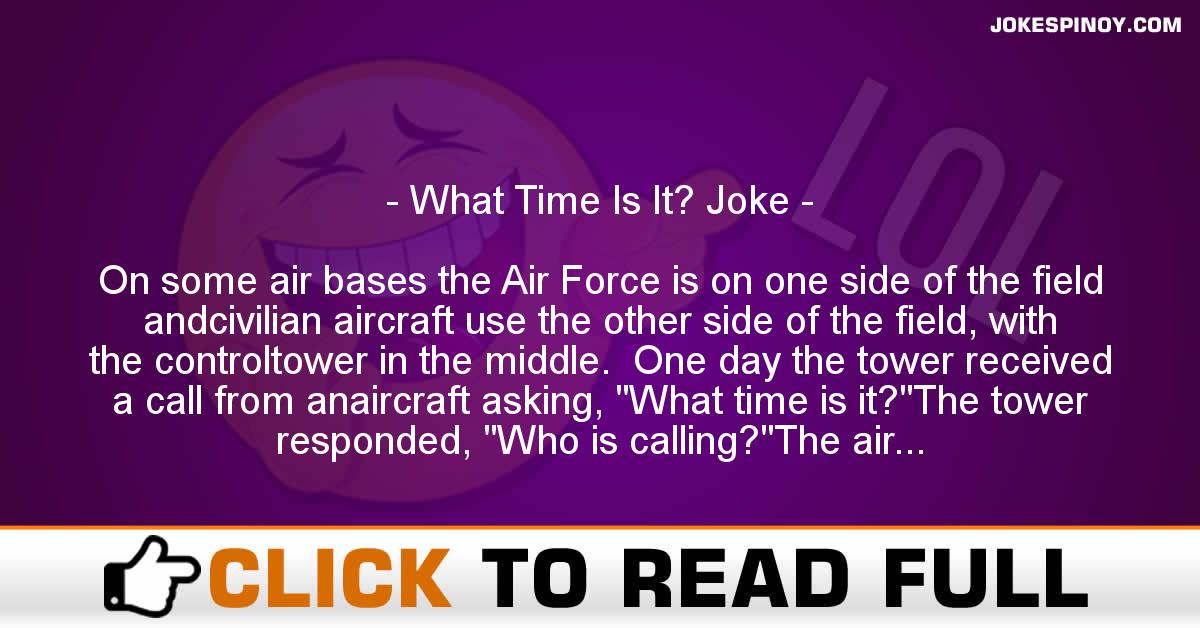 On some air bases the Air Force is on one side of the field andcivilian aircraft use the other side of the field, with the controltower in the middle. One day the tower received a call from anaircraft asking, “What time is it?”The tower responded, “Who is calling?”The aircraft replied, “What difference does it make?”The tower replied “It makes a lot of difference. If it is anAmerican Airlines Flight, it is 3 o’clock. If it is an Air Force,it is 1500 hours. If it is a Navy aircraft, it is 6 bells. If it isan Army aircraft, the big hand is on the 12 and the little handis on the 3. If it is a Marine Corps aircraft, it’s Thursday afternoon.”