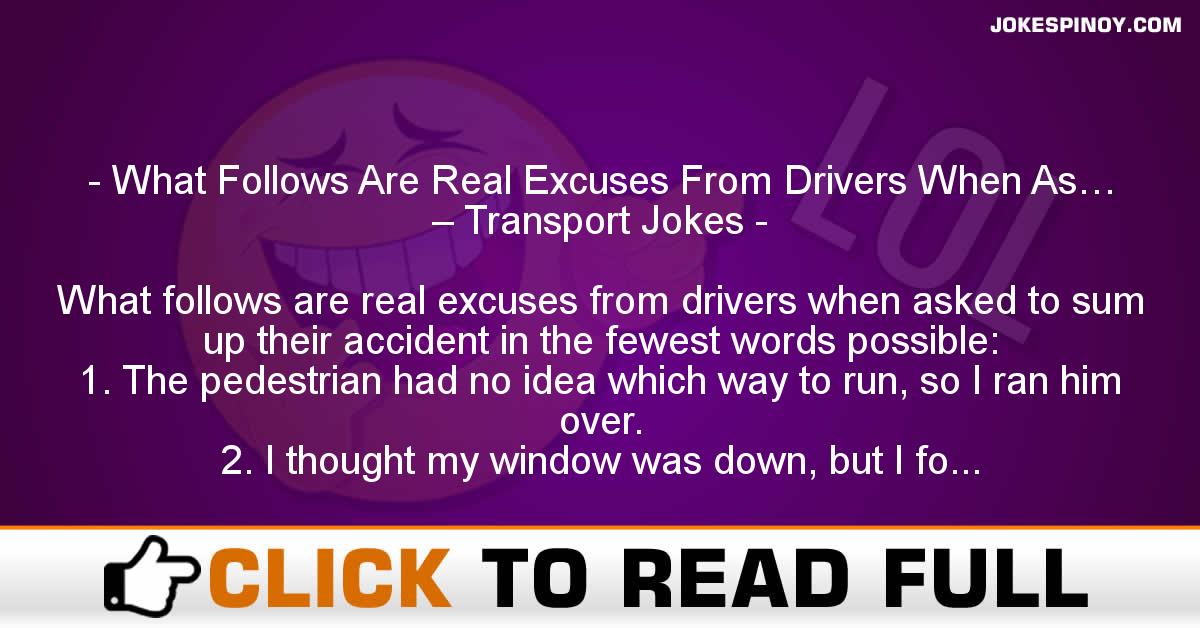 What follows are real excuses from drivers when asked to sum up their accident in the fewest words possible:
1. The pedestrian had no idea which way to run, so I ran him over.
2. I thought my window was down, but I found it was up when I put my head through it.
3. The guy was all over the road, I had to swerve a number of times before I hit him.
4. The other car collided with mine without giving warning of its intention.
5. I collided with a stationary lorry which was coming the other way.
6. A lorry backed through my windshield into my wife’s face.
7. My car was legally parked as it backed into the other vehicle.
8. I was sure the old fellow would never make it to the other side of the road when I struck him.
9. A pedestrian hit me and went under my car.
10. In an attempt to kill a fly, I drove into a telephone pole.