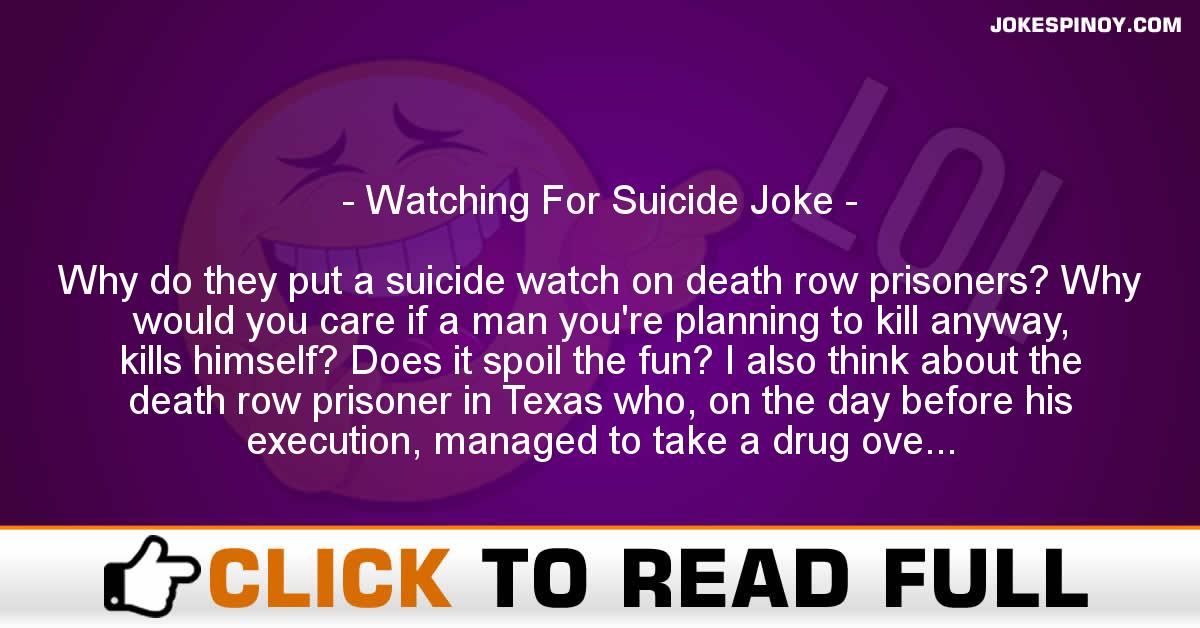 Why do they put a suicide watch on death row prisoners? Why would you care if a man you’re planning to kill anyway, kills himself? Does it spoil the fun? I also think about the death row prisoner in Texas who, on the day before his execution, managed to take a drug overdose. They rushed him to a hospital, saved his life, then brought him back to prison and killed him.Apparently, just to anger him.