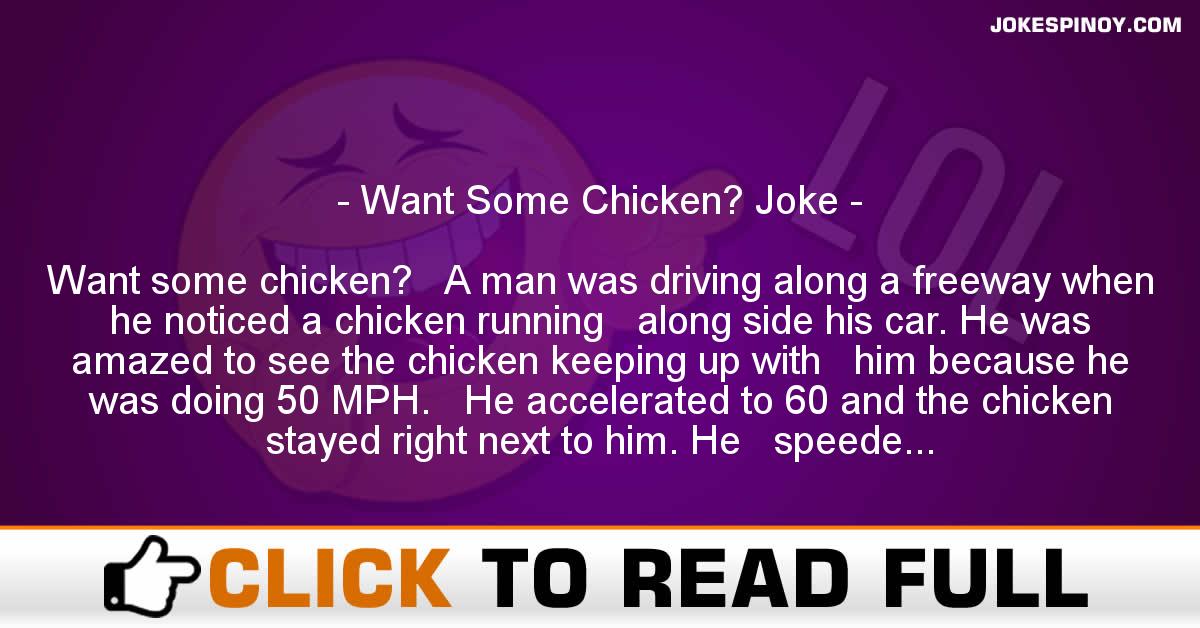 Want some chicken? A man was driving along a freeway when he noticed a chicken running along side his car. He was amazed to see the chicken keeping up with him because he was doing 50 MPH. He accelerated to 60 and the chicken stayed right next to him. He speeded up to 75 MPH and the chicken passed him up. The man noticed the chicken had three legs. So, he followed to chicken down a road and ended up at a farm. He got out of his car and saw that all the chickens had three legs. He asked the farmer “What’s up with these chickens?” The farmer said “Well, everybody likes chicken legs. I bred a three legged bird. I’m going to be a millionaire.” The man asked him how they tasted. The farmer said “Don’t know, haven’t caught one yet.”