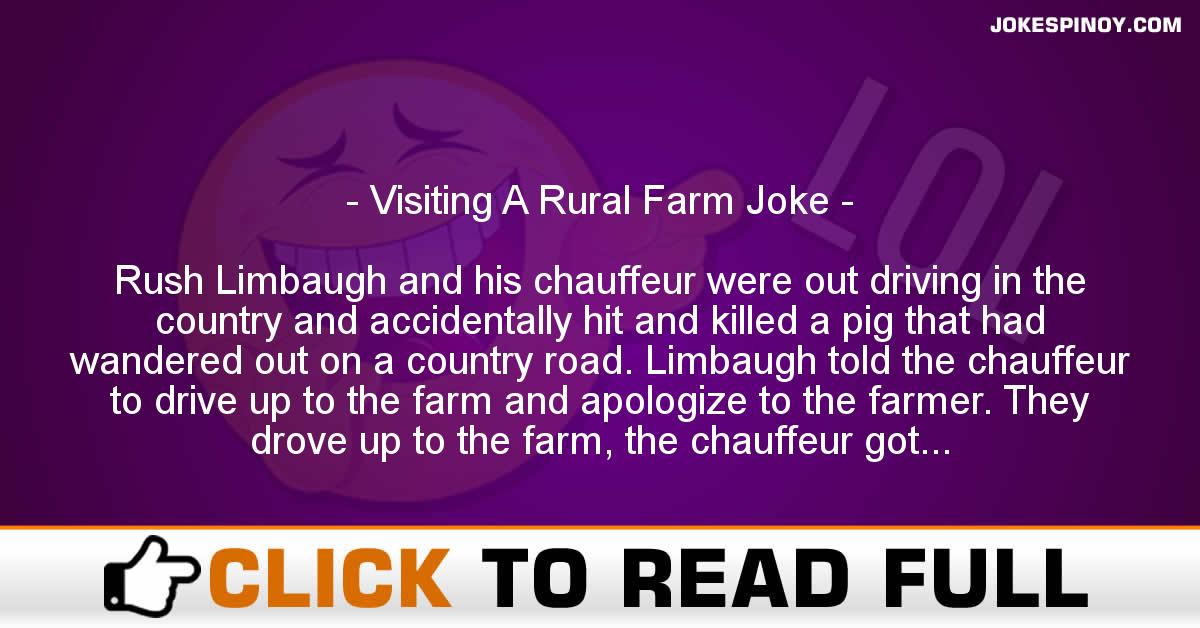 Rush Limbaugh and his chauffeur were out driving in the country and accidentally hit and killed a pig that had wandered out on a country road. Limbaugh told the chauffeur to drive up to the farm and apologize to the farmer. They drove up to the farm, the chauffeur got out and knocked on the front door and was let in. He was in there for what seemed like hours. When the chauffeur came out, Limbaugh was confused about why his driver had been in there so long. “Well, first the farmer shook my hand, then he offered me a beer, then his wife brought me some cookies, and his daughter showered me with kisses.” explained the driver. “What did you tell the farmer?” Limbaugh asked. The chauffeur replied, “I told him I was Rush Limbaugh’s driver and I’d just killed the pig.”