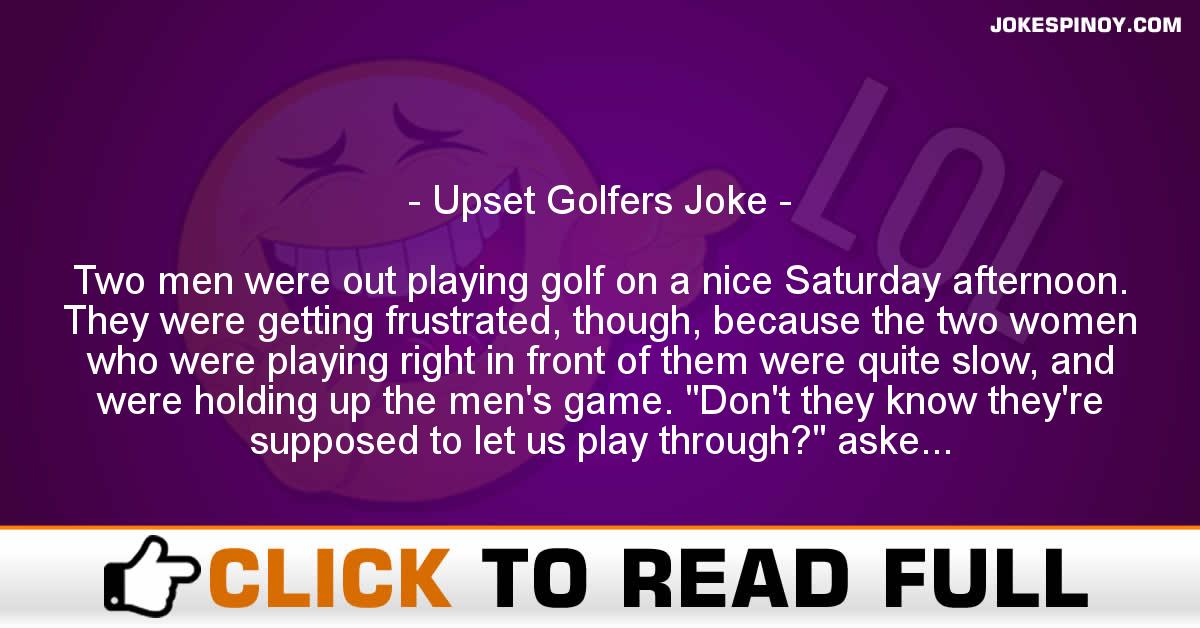 Two men were out playing golf on a nice Saturday afternoon. They were getting frustrated, though, because the two women who were playing right in front of them were quite slow, and were holding up the men’s game. “Don’t they know they’re supposed to let us play through?” asked the first man. The other man shook his head. “I’m going to go ask them if we can play through,” said the first man, emphatically, “Enough is enough.”He started walking over toward the women, but as he got close, he suddenly turned around and came back, white as a ghost.”Oh God,” he said to his friend, “This is awful. You’re going to have to ask those women if we can play through. You see, one of them is my wife, and the other is my mistress.”The other man shrugged, and said “No sweat.” He walked over toward the women, and just as he was getting close, turned around and came running back to his pal. His eyes wide open, he said, “Small world!”