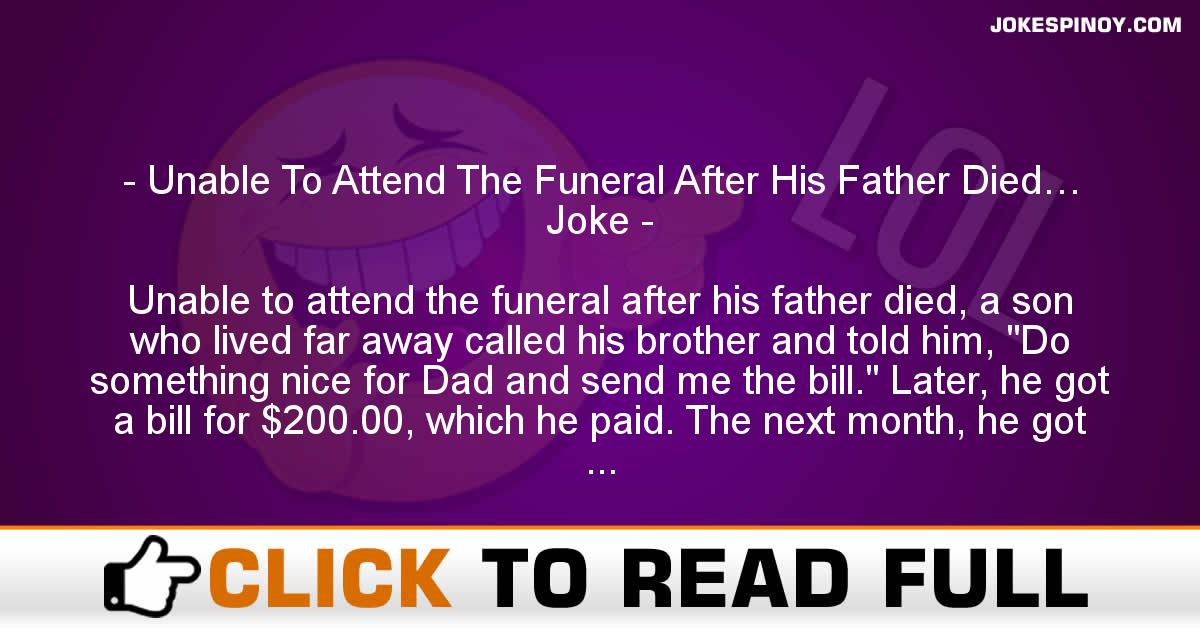 Unable to attend the funeral after his father died, a son who lived far away called his brother and told him, “Do something nice for Dad and send me the bill.” Later, he got a bill for $200.00, which he paid. The next month, he got another bill for $200.00, which he also paid, figuring it was some incidental expense. Bills for $200.00 kept arriving every month, and finally the man called his brother again to find out what was going on. “Well,” said the other brother, “you said to do something nice for Dad. So I rented him a tuxedo.”