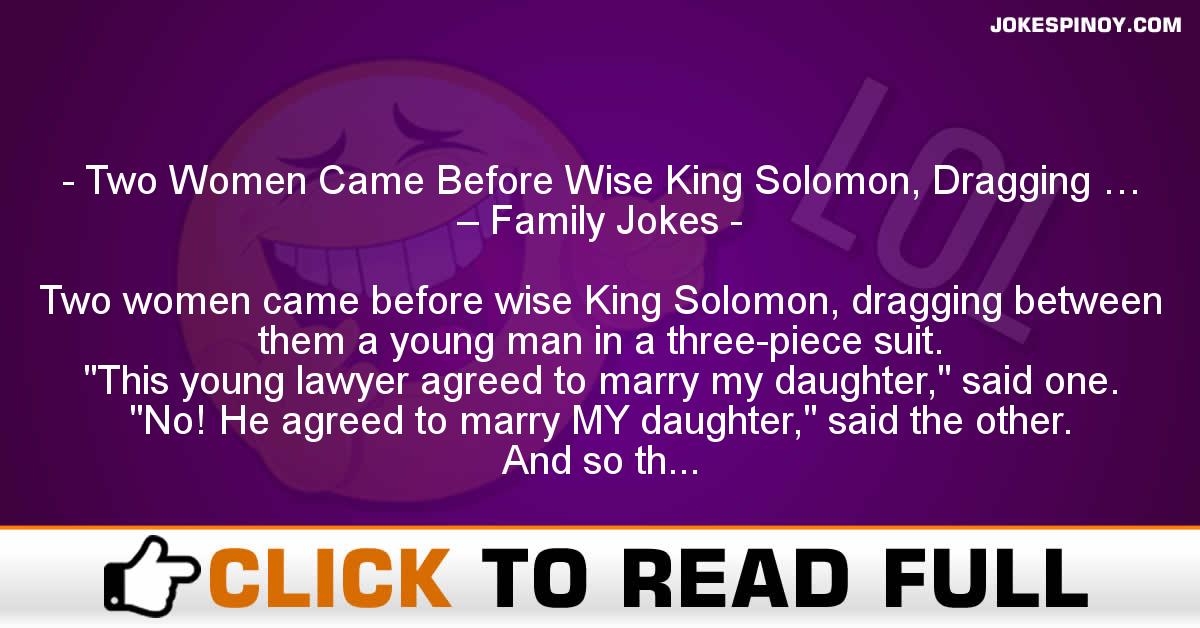 Two women came before wise King Solomon, dragging between them a young man in a three-piece suit.
“This young lawyer agreed to marry my daughter,” said one.
“No! He agreed to marry MY daughter,” said the other.
And so they haggled before the King until he called for silence.
“Bring me my biggest sword,” said Solomon, “and I shall hew the young attorney in half. Each of you shall receive a half.”
“Sounds good to me,” said the first lady.
But the other woman said, “Oh Sire, do not spill innocent blood. Let the other woman’s daughter marry him.”
The wise king did not hesitate a moment. He proclaimed, “The attorney must marry the first lady’s daughter.”
“But she was willing to hew him in two!” exclaimed the king’s court.
“Indeed,” said wise King Solomon. “That shows she is the TRUE mother- in-law.”

Topic of Interest:    jokes on Solomon