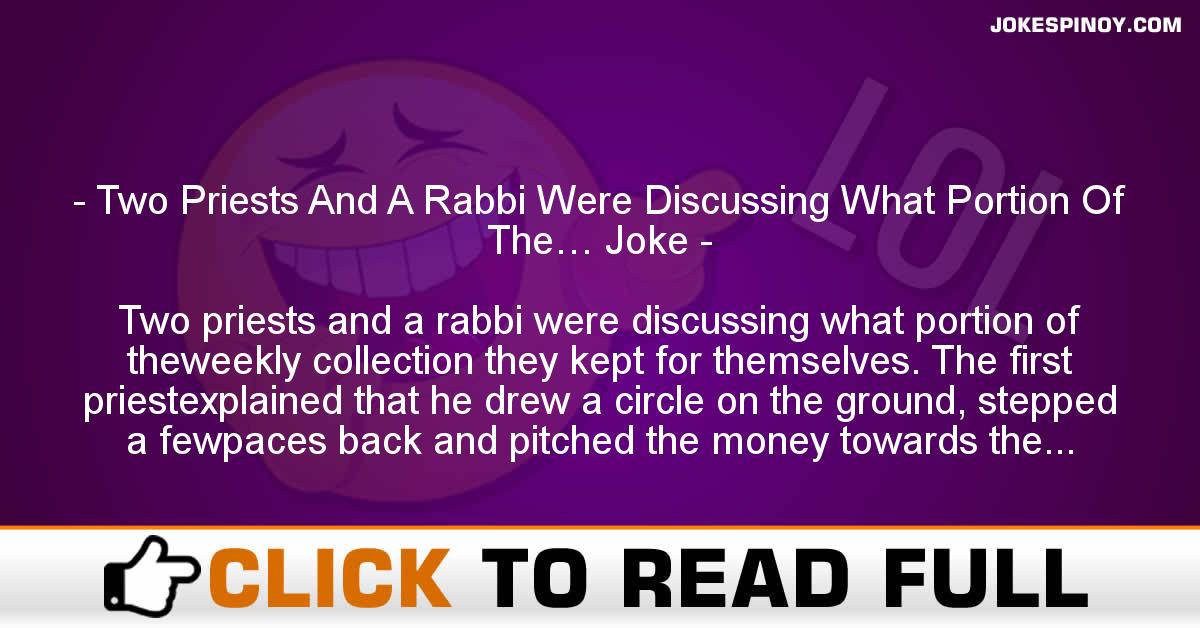 Two priests and a rabbi were discussing what portion of theweekly collection they kept for themselves. The first priestexplained that he drew a circle on the ground, stepped a fewpaces back and pitched the money towards the circle. Whatlanded in the circle he kept and what landed outside thecircle god kept.The second priest claimed that his method was almost the same,except that what landed outside the circle went to the priestand the money that landed inside the circle god kept.The rabbi said, “I’ve got you both beat. I throw the moneyinto the air and what god wants, god takes.”