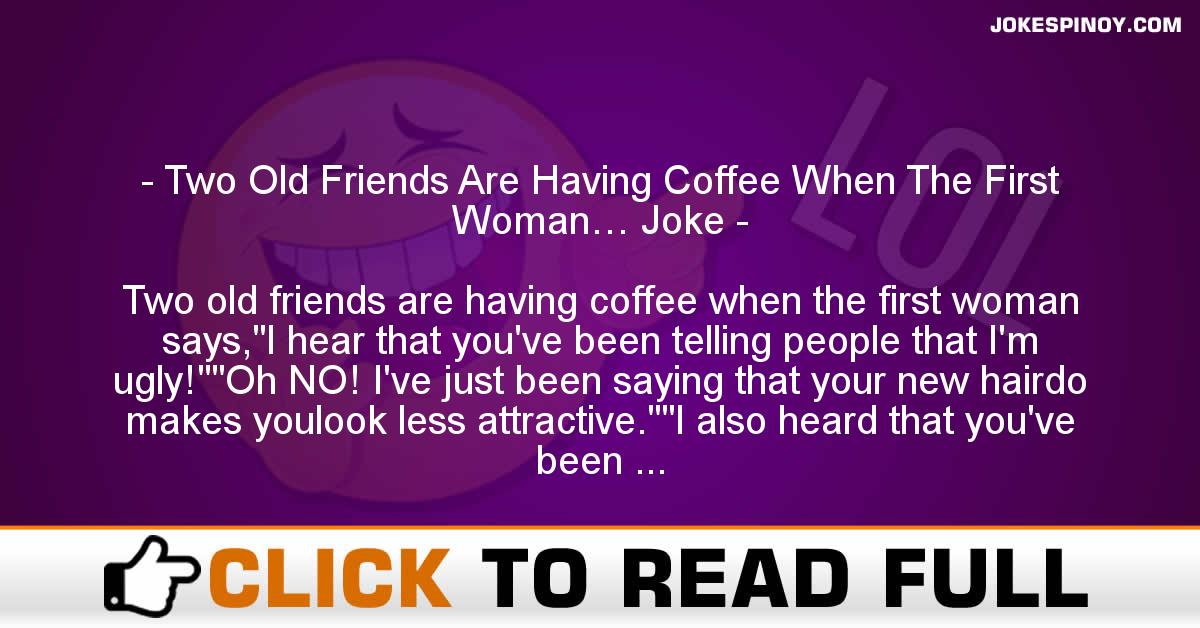 Two old friends are having coffee when the first woman says,”I hear that you’ve been telling people that I’m ugly!””Oh NO! I’ve just been saying that your new hairdo makes youlook less attractive.””I also heard that you’ve been calling me fat?!?””Oh NO! I just said that the way you wear those stripesmakes you look larger than you really are.””I’ve also heard that you’re saying that my husband has a warton his dick!””Oh NO! I only said that it feels like he has a wart on his dick!”