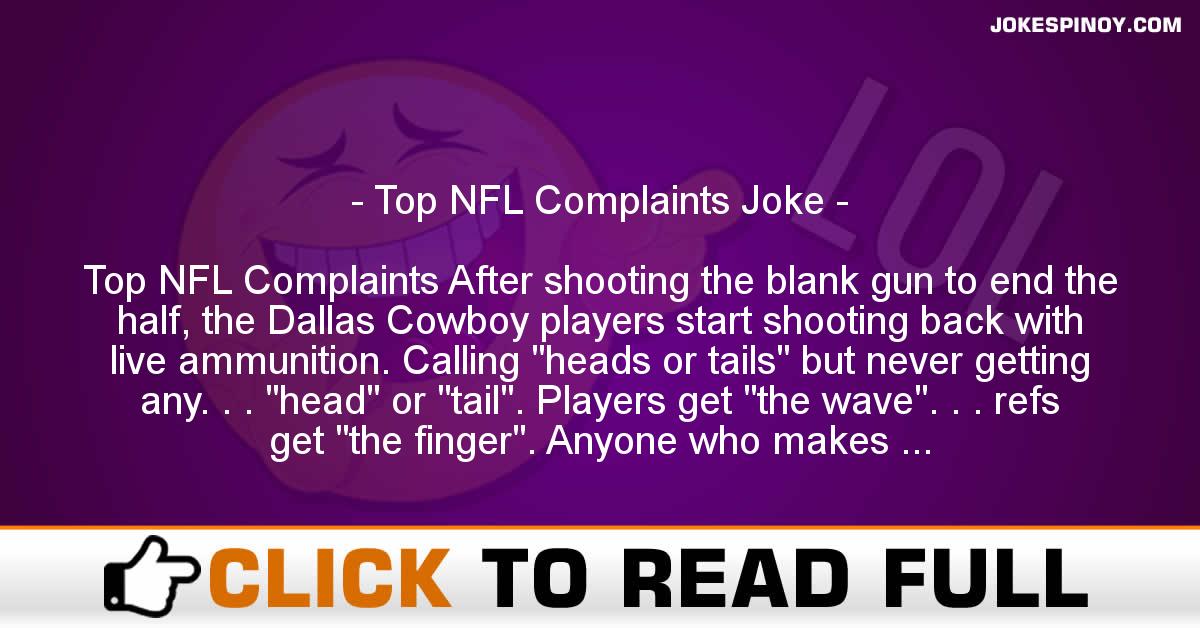 Top NFL Complaints After shooting the blank gun to end the half, the Dallas Cowboy players start shooting back with live ammunition. Calling “heads or tails” but never getting any. . . “head” or “tail”. Players get “the wave”. . . refs get “the finger”. Anyone who makes a call against the Detroit Lions risks pissing off their last remaining fan. With Reggie White retired, the penalty for “Illegal use of a racial slur” is meaningless. Just when we thought it was safe to be an NFL Ref, we have to go back to frickin’ CLEVELAND!!! Thanks to instant replay, picking nose during a game is twice as risky. Everyone else gets to wear their Autumn colors, but for me it’s black and white week after week after week! Don King only bribes boxing judges. Official rule books not made in Braille. I’m the one that everybody wants to kill, so where’s MY helmet and pads?!