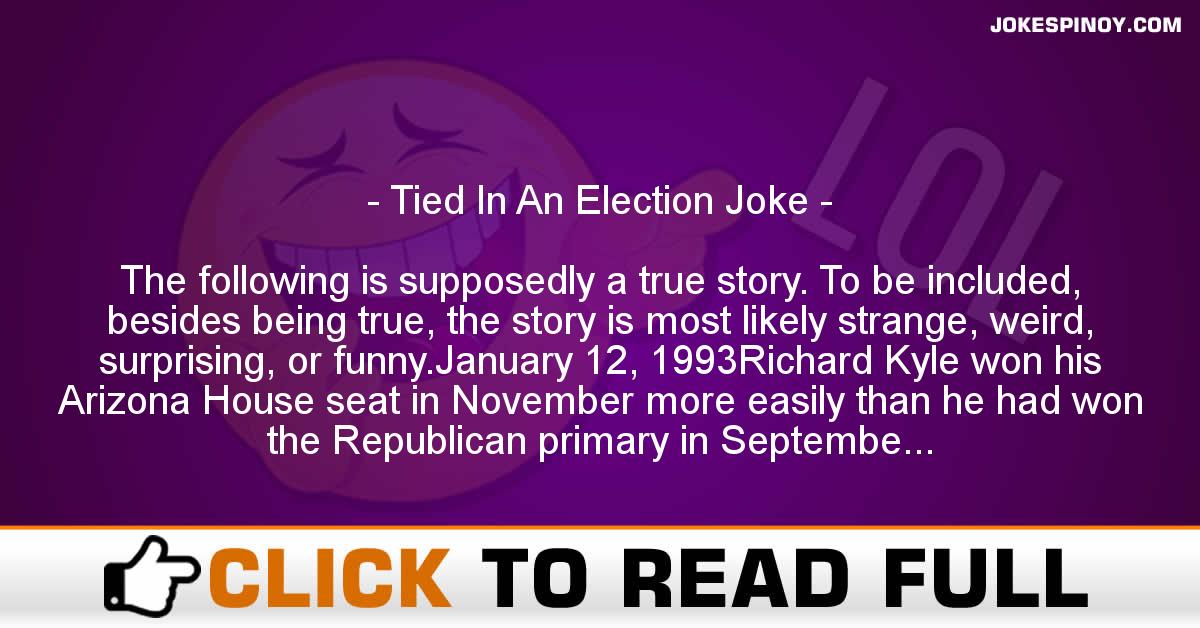 The following is supposedly a true story. To be included, besides being true, the story is most likely strange, weird, surprising, or funny.January 12, 1993Richard Kyle won his Arizona House seat in November more easily than he had won the Republican primary in September. He and his primary opponent, John Gaylord, had tied and had agreed to settle things with one hand of five-card stud dealt by the speaker of the Arizona House.Kyle’s pair of sevens put him into the general election.