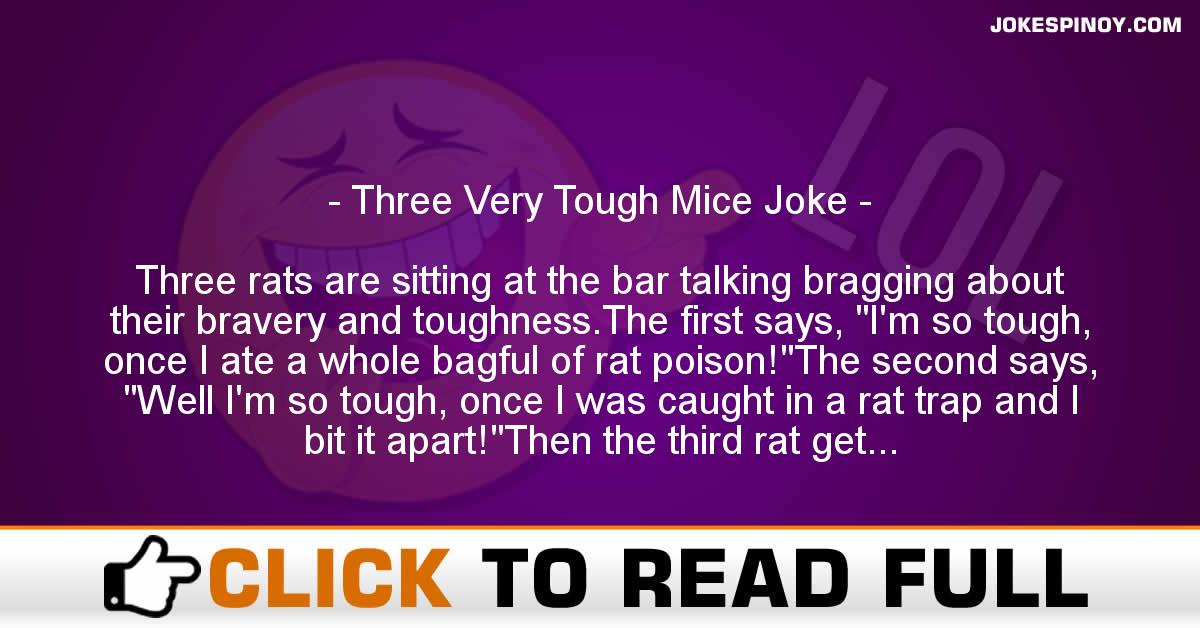 Three rats are sitting at the bar talking bragging about their bravery and toughness.The first says, “I’m so tough, once I ate a whole bagful of rat poison!”The second says, “Well I’m so tough, once I was caught in a rat trap and I bit it apart!”Then the third rat gets up and says, “Later guys, I’m off home to hara*s the cat.”