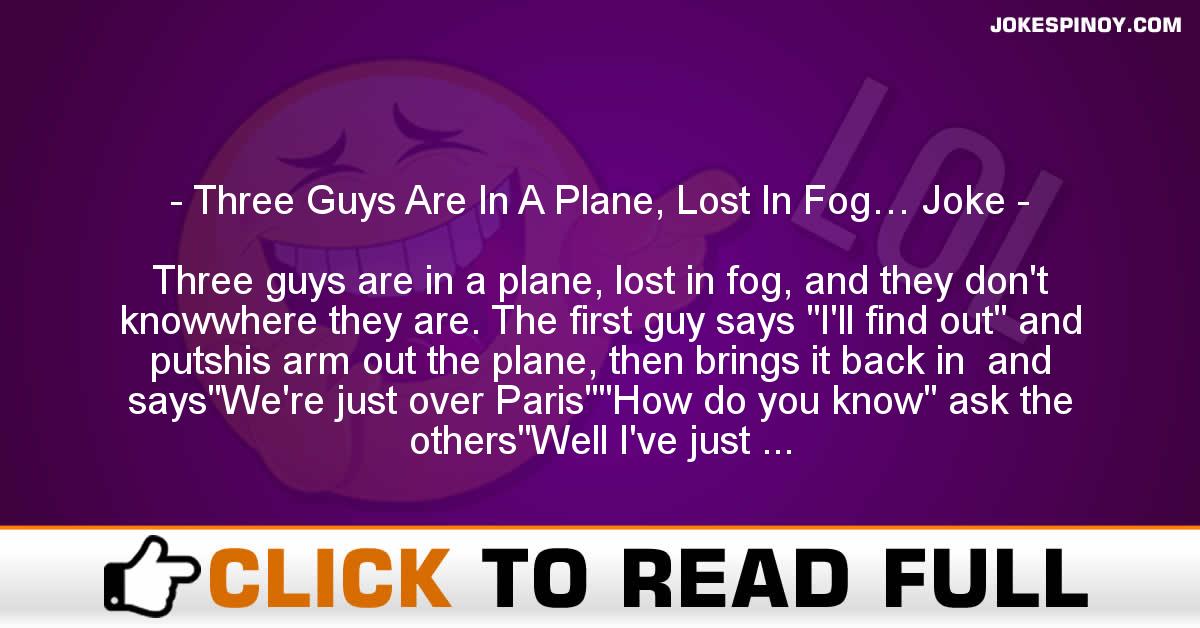 Three guys are in a plane, lost in fog, and they don’t knowwhere they are. The first guy says “I’ll find out” and putshis arm out the plane, then brings it back in and says”We’re just over Paris””How do you know” ask the others”Well I’ve just felt the top of the Eiffel tower.”Later on the second guy tries and says “We just flew over London””How?” asks the others”Well I’ve just felt the top of Big Ben”Still later on the last guy tries it, puts his arm out theplane, and says to the others “We have just flown over Glasgow.””How do you know that?” comes the reply.”Because some bastard has just stolen my watch”