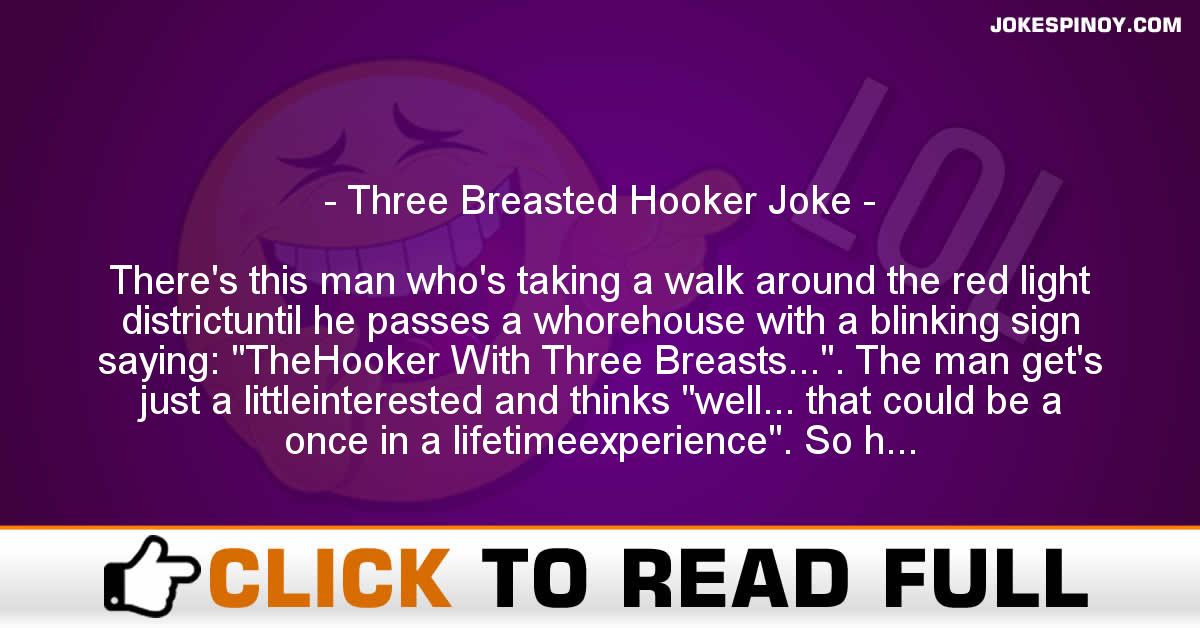 There’s this man who’s taking a walk around the red light districtuntil he passes a whorehouse with a blinking sign saying: “TheHooker With Three Breasts…”. The man get’s just a littleinterested and thinks “well… that could be a once in a lifetimeexperience”. So he goes in and walks up to the man behind thecounter. “I’d like to see the hooker with the three breasts” hesays.”Are you sure you can afford that… It’ll cost you a thousanddollars” the pimp replies. But, the man is too exited, pull’s hiswallet and pays him the money. So, he’s taken up three stairs to alittle room in the back of the house and when he opens the room…there she is. The room is dark but as he comes closer he sees it…three breasts! And so the man absolutely has the night of his life.The next day the man walks past that same whorehouse and thinking ofthe night before and the time he had, he goes in and pays the pimpanother thousand dollars. Again, he goes up three stairs to thatlittle dark room in the back of the house. And as the day before,she lies there waiting.But, as he walks up to the hooker, he sees that something iswrong… “Hey! You had three breasts yesterday…” he says afterwhich she smiles and says “What did you expect honey… you can onlysuck out a boil like that once!”.