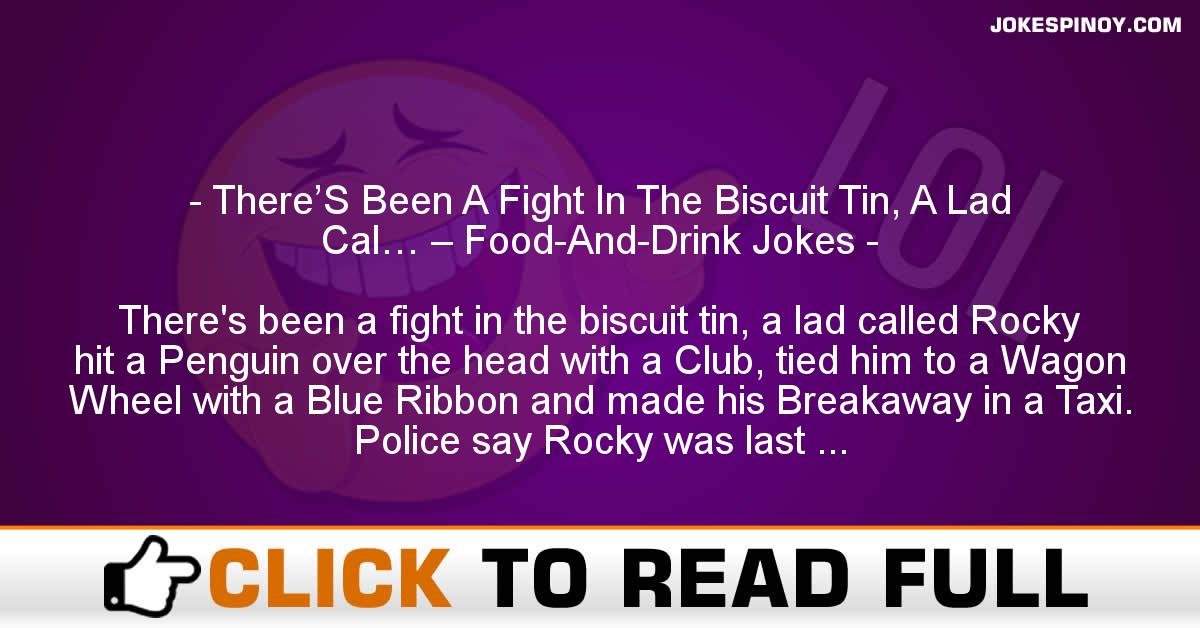 There’s been a fight in the biscuit tin, a lad called Rocky hit a Penguin over the head with a Club, tied him to a Wagon Wheel with a Blue Ribbon and made his Breakaway in a Taxi. Police say Rocky was last seen just After Eight in Maryland with a Ginger Nut known to police as Rich T. They didn’t leave a crumb of evidence so the jammy dodger got away with it..

Topic of Interest:    theres been a fight in the biscuit tin