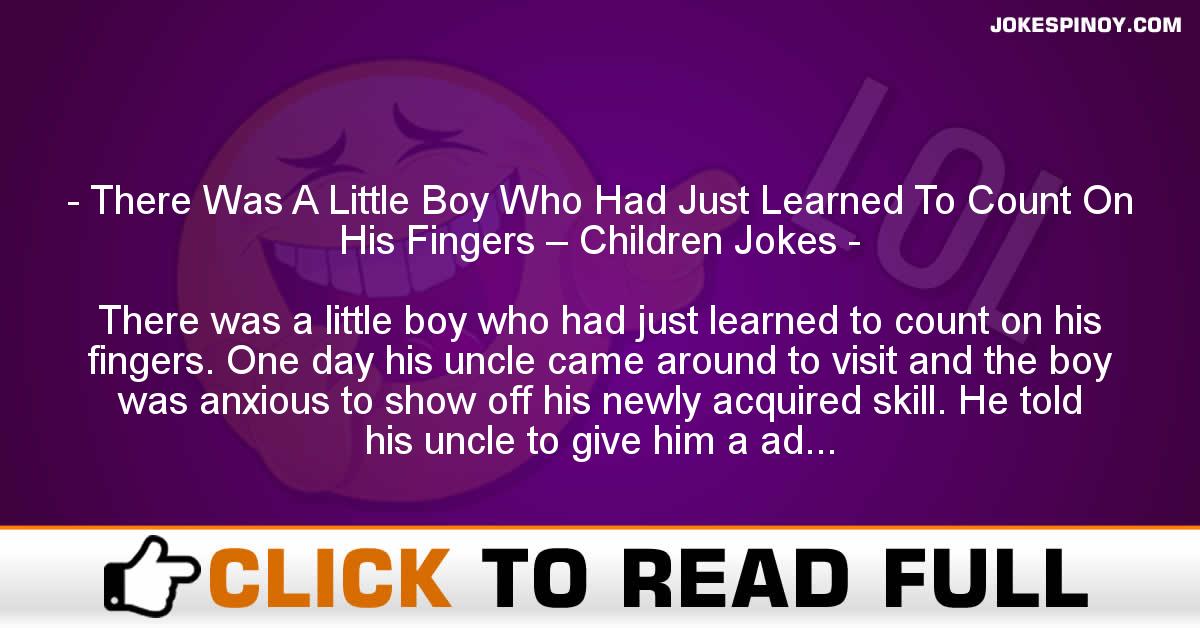 There was a little boy who had just learned to count on his fingers. One day his uncle came around to visit and the boy was anxious to show off his newly acquired skill. He told his uncle to give him a addition question, so the uncle asked “What is 3 plus 4?” The little boy counts it on his fingers and says “Seven” The uncle said , “Listen kid, you can’t count it out on your fingers because some day when you are in school, a teacher will get mad at you for it. Now put your hands in your pockets.” So the boy puts his hands in his pockets and the uncles says “Now what five plus five?” The uncle seen movement in the boys pockets, then the boy answered, “Eleven”