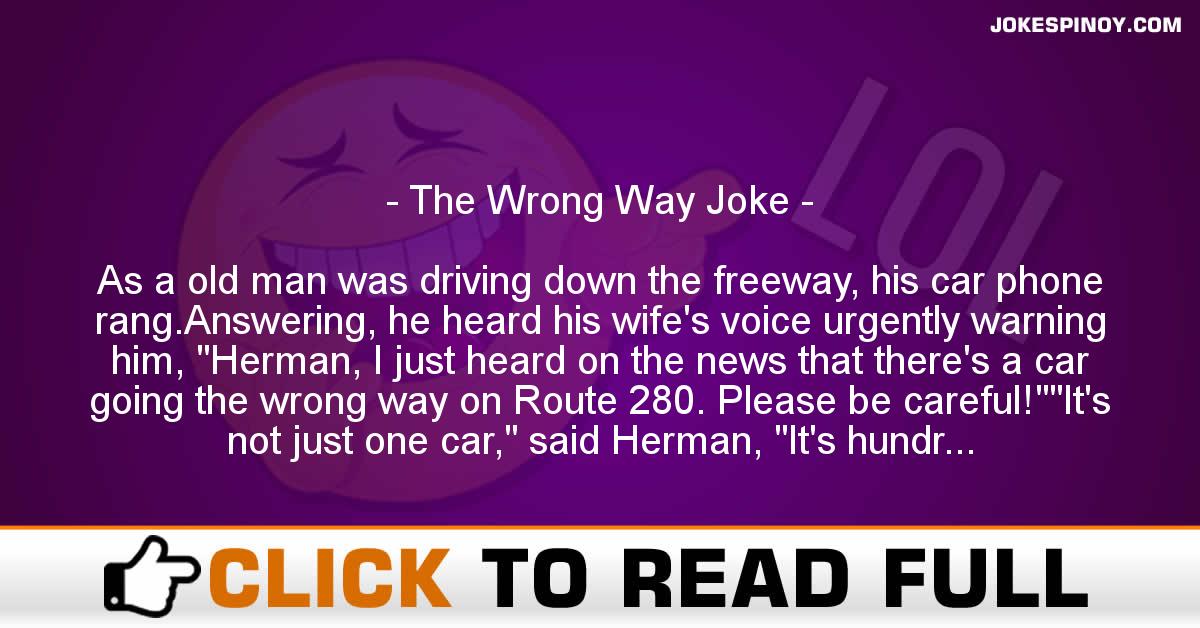 As a old man was driving down the freeway, his car phone rang.Answering, he heard his wife’s voice urgently warning him, “Herman, I just heard on the news that there’s a car going the wrong way on Route 280. Please be careful!””It’s not just one car,” said Herman, “It’s hundreds of them!”