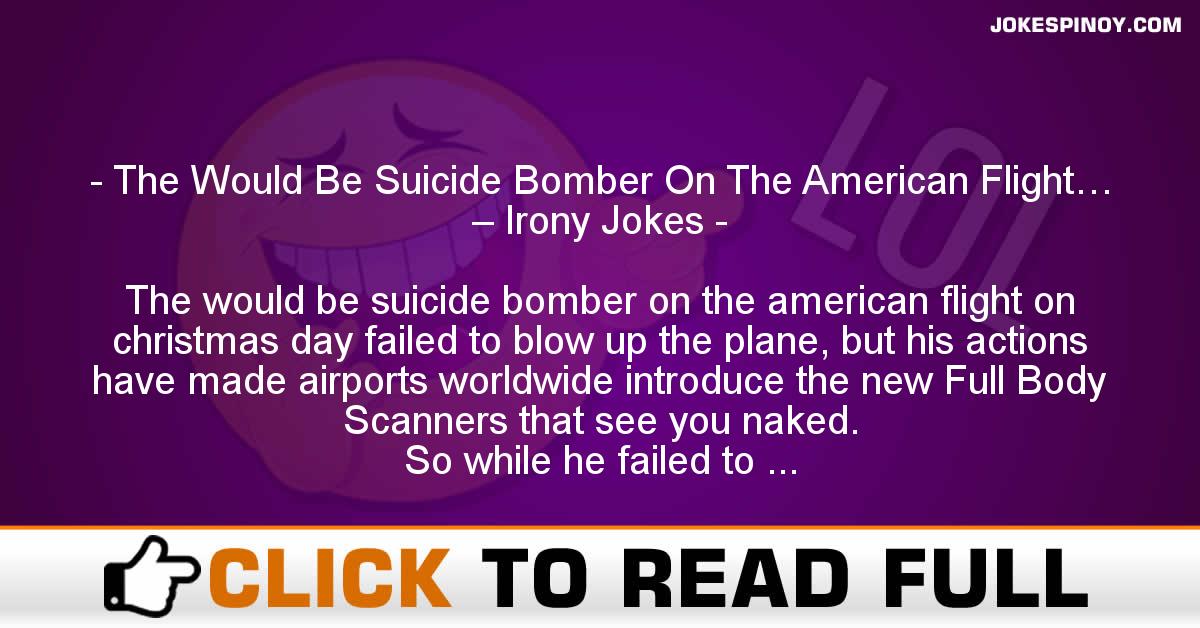 The would be suicide bomber on the american flight on christmas day failed to blow up the plane, but his actions have made airports worldwide introduce the new Full Body Scanners that see you naked.
So while he failed to murder white people for their perversions and what not, he succeeded in allowing us unlimited access under all those burkhas.
Poetic Justice, I think you would agree.