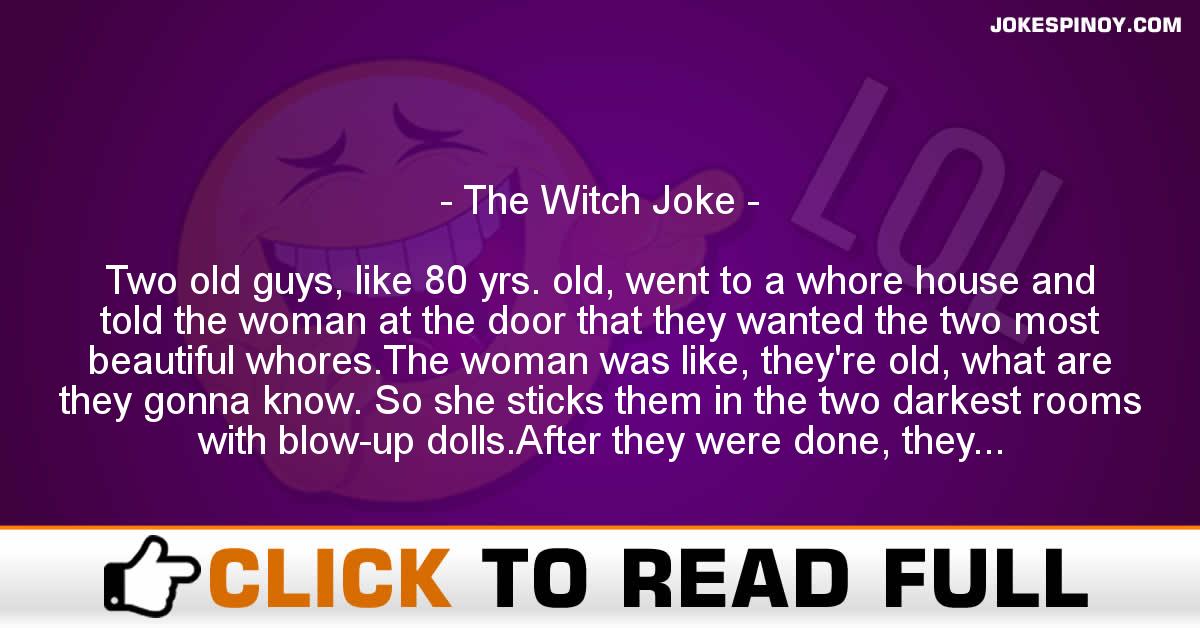 Two old guys, like 80 yrs. old, went to a whore house and told the woman at the door that they wanted the two most beautiful whores.The woman was like, they’re old, what are they gonna know. So she sticks them in the two darkest rooms with blow-up dolls.After they were done, they were walking out of the whore house and old guy #1 says to old guy #2, “How was your whore?”#2 said “She was horrible. She just laid there like she was dead. Well, how was your whore?”#1 goes “She was a witch.” #2 responds “What do you mean a witch?”#1 says “I bit her tit and she flew out the window!”