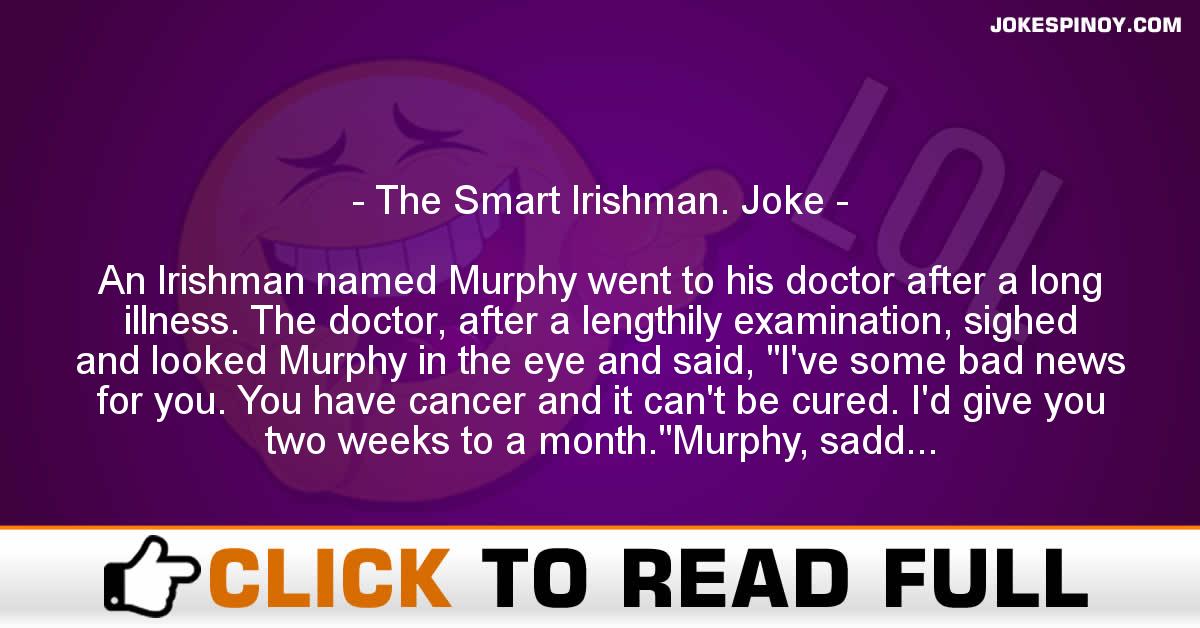 An Irishman named Murphy went to his doctor after a long illness. The doctor, after a lengthily examination, sighed and looked Murphy in the eye and said, “I’ve some bad news for you. You have cancer and it can’t be cured. I’d give you two weeks to a month.”Murphy, saddened and shocked by the news, but of solid character, managed to compose himself and walk from the doctor’s office into the waiting room. There he saw his son who had been waiting. Murphy said, “Son, we Irish celebrate when things are good and we celebrate when things don’t go so well. In this case, things aren’t so well. I have cancer and I’ve been given a short time to live. Let’s head for the pub and have a few pints.After three or four pints the two were feeling a little less somber.There were some laughs and more beers. They were eventual approached by some of Murphy’s old friends who asked what the two were celebrating. Murphy told them that the Irish celebrate the good and the bad. He went on to tell them that they were drinking to his impending end.He told his friends “I’ve only got a few weeks to live as I have been diagnosed with AIDS.” The friends gave Murphy their condolences and they had a couple more beers.After his friends left, Murphy’s son leaned over and whispered his confusion. “Dad, I thought you said that you were dying from cancer? You just told your friends that you were dying from AIDS?”Murphy said, “I am dying from cancer son, I just don’t want any of them sleeping with your mother after I’m gone!”