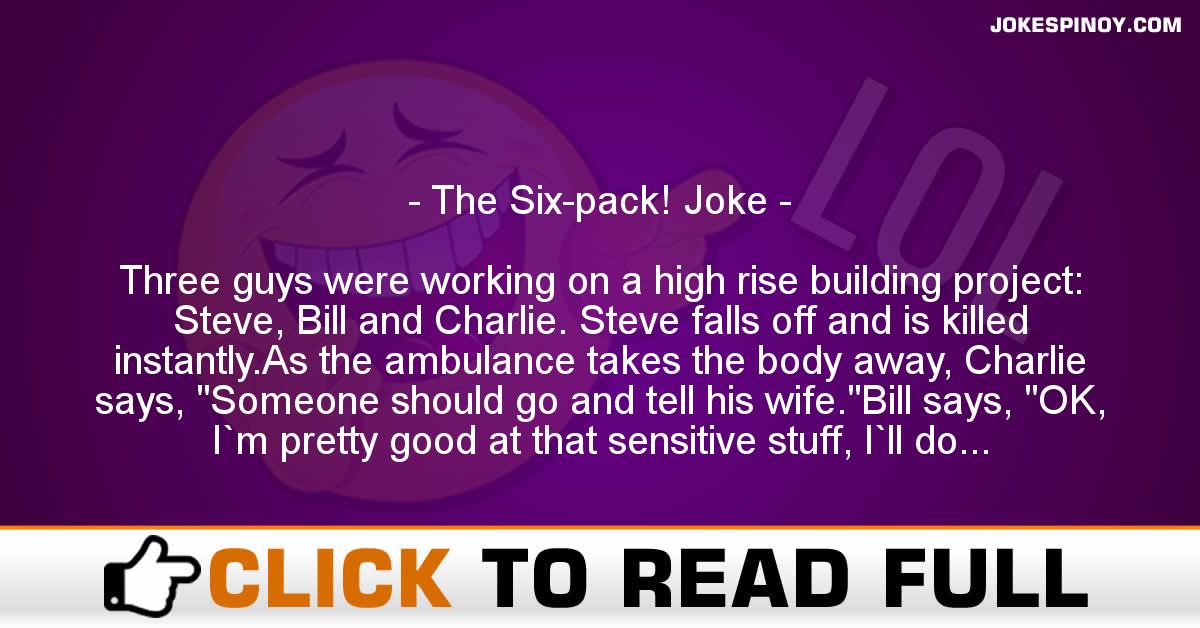 Three guys were working on a high rise building project: Steve, Bill and Charlie. Steve falls off and is killed instantly.As the ambulance takes the body away, Charlie says, “Someone should go and tell his wife.”Bill says, “OK, I`m pretty good at that sensitive stuff, I`ll do it.” 2 hours later, he comes back carrying a 6-pack.Charlie says, “Where did you get that, Bill?” “Steve`s wife gave it to me.””That`s unbelievable, you told the lady her husband was dead and she gave you the beer?”Bill says,”Well not exactly. When she answered the door, I said to her, `You must be Steve`s widow.`”She said, “`No, I`m not a widow.”And I said, “Wanna bet me a six-pack?”