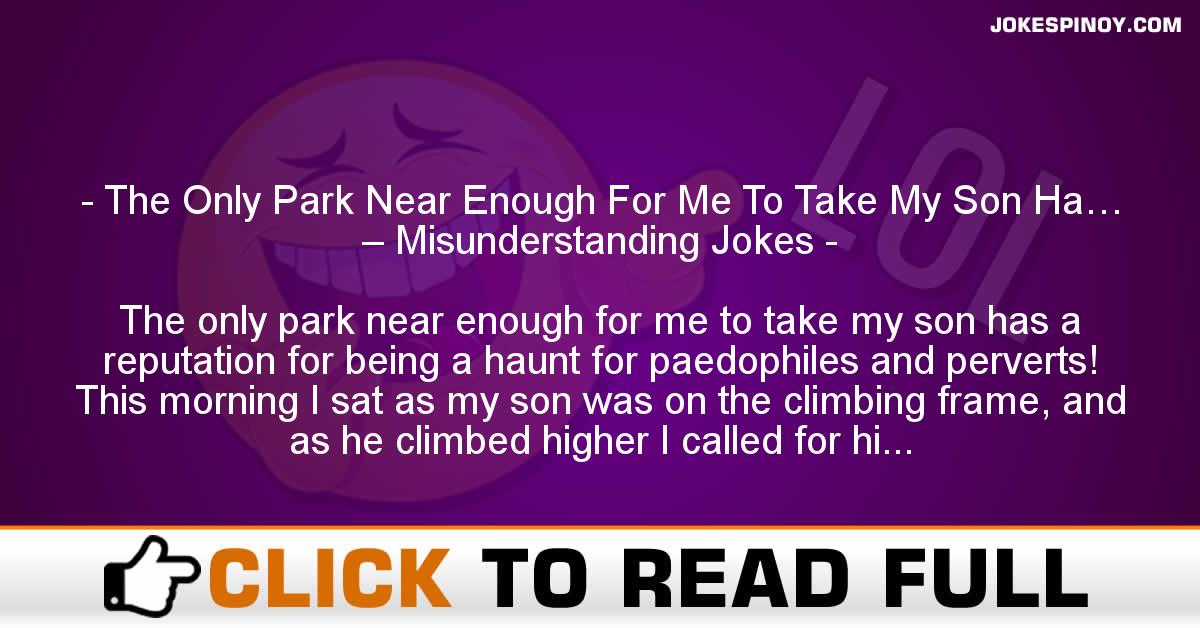 The only park near enough for me to take my son has a reputation for being a haunt for paedophiles and perverts!
This morning I sat as my son was on the climbing frame, and as he climbed higher I called for him to stop and come down being your typical kid he wouldn’t do as i asked, after about five minuets I noticed a crowed of what I presumed to be pervs and paedo`s gathering. Then it hit me in my frustration I had been getting louder and louder I then realised my choice of words could have been thought out better! I had been in the middle of this park shouting to my son “Jack Off”