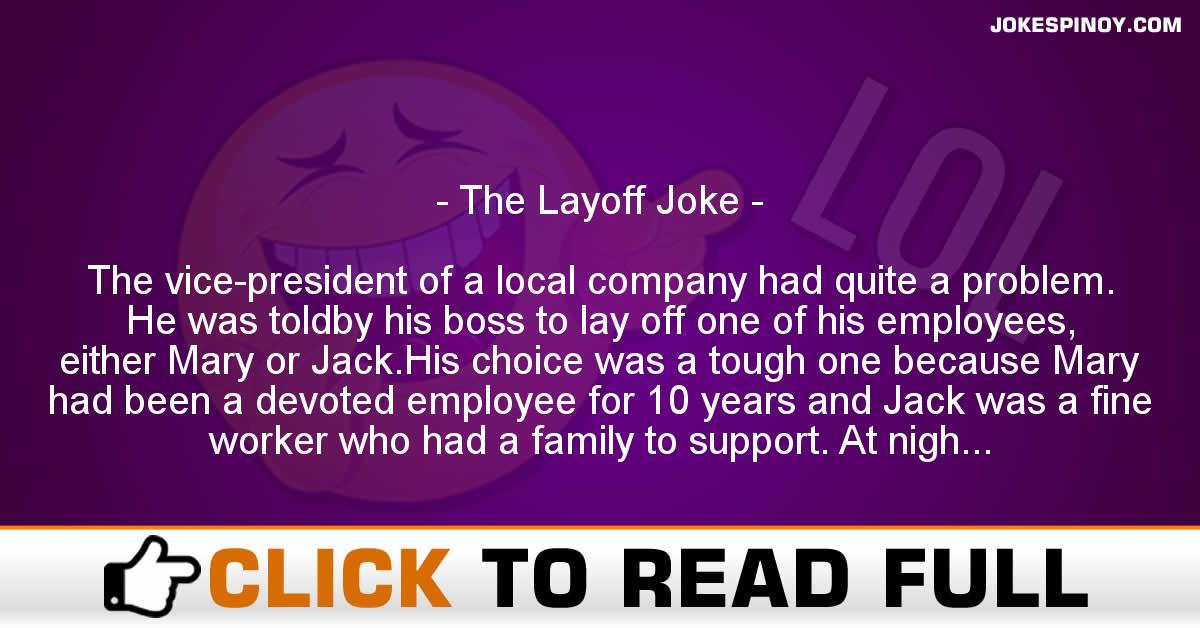 The vice-president of a local company had quite a problem. He was toldby his boss to lay off one of his employees, either Mary or Jack.His choice was a tough one because Mary had been a devoted employee for 10 years and Jack was a fine worker who had a family to support. At night, the VP tossed and turned in his sleep trying to decide which of his employees he would lay off.Finally he decided, the first one to come to work tomorrow would be the one. Morning finally comes and the VP waits at the office for one of the two employees to arrive.At 8:55 Mary walks into the office. “I’ve got a difficult decision” the VP says, “I either have to Lay You or Jack off.””Oh? jack-off,” Mary says, “I’ve got a headache.”

Topic of Interest:    what is a funny joke lay off