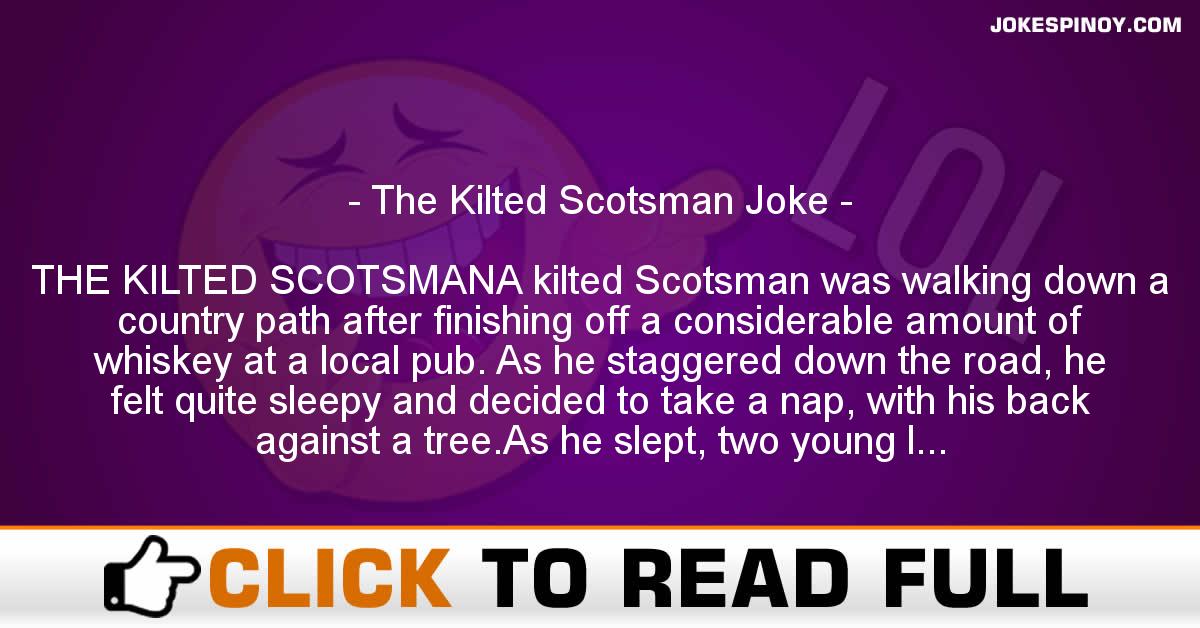 THE KILTED SCOTSMANA kilted Scotsman was walking down a country path after finishing off a considerable amount of whiskey at a local pub. As he staggered down the road, he felt quite sleepy and decided to take a nap, with his back against a tree.As he slept, two young la*ses walked down the road and heard the Scotsman snoring loudly. They saw him, and one said, “I’ve always wondered what a Scotsman wears under his kilt.”She boldly walked over to the sleeping man, raised his kilt, and saw what nature had provided him at his birth.Her friend said, “Well, he has solved a great mystery for us, now! He must be rewarded!” So, she took a blue ribbon from her hair, and gently tied it around what nature had provided the Scotsman, and the two walked away.Some time later, the Scotsman was awakened by the call of nature, and walked around to the other side of the tree to relieve himself. He raised his kilt…and saw where the blue ribbon was tied.After several moments of bewilderment, the Scotsman said…”I don’t know where y’been lad…but it’s nice ta’know y’won first prize!”