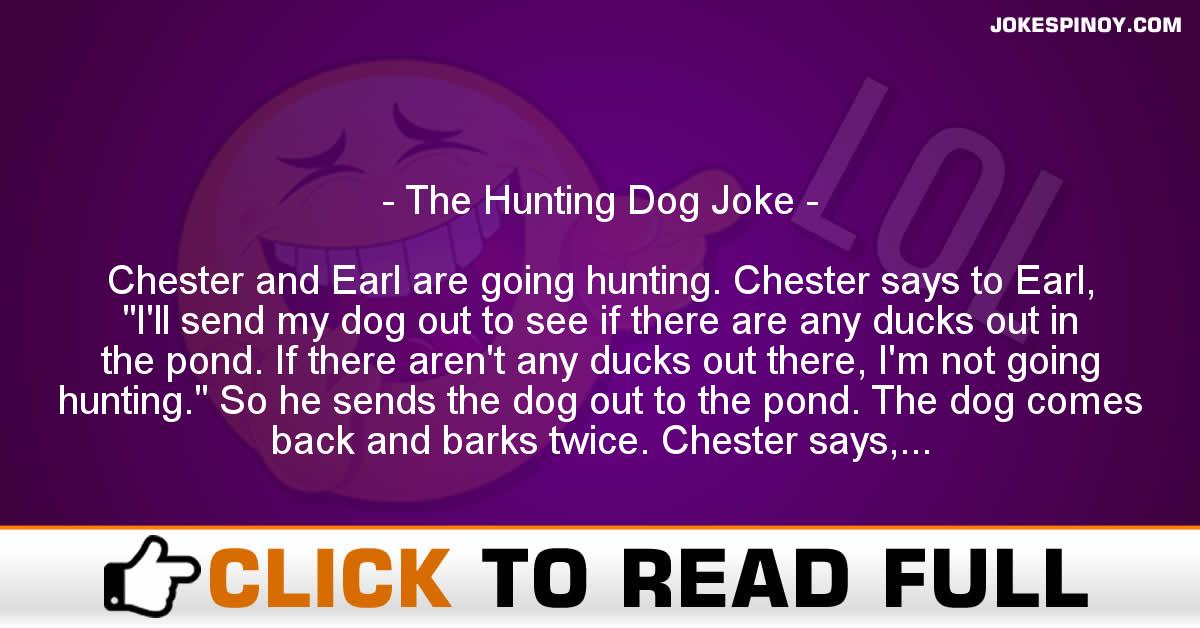 Chester and Earl are going hunting. Chester says to Earl, “I’ll send my dog out to see if there are any ducks out in the pond. If there aren’t any ducks out there, I’m not going hunting.” So he sends the dog out to the pond. The dog comes back and barks twice. Chester says, “Well I’m not going to go out. He only saw two ducks out there.” Earl says, “You’re going to take the dog’s barks for the truth?” Earl doesn’t believe it, so he goes to look for himself. When he gets back he says, “I don’t believe it where did you get that dog? There really are only two ducks out there!” Chester says, “Well, I got him from the breeder up the road. If you want, you can get one from him, too.” So Earl goes to the breeder and says he wants a dog like the one his friend Chester has. The breeder obliges and Earl brings the dog home, tells it to go out and look for ducks. Minutes later the dog returns with a stick in it’s mouth and starts humping Earl’s leg. Outraged, Earl takes the dog back to the breeder and says, “This dog is a fraud. I want my money back!” The breeder asks Earl what the dog did. So Earl tells him that when he sent the dog out to look for ducks, it came back with a stick in its mouth and started humping his leg. The breeder says, “Earl, all he was trying to tell you was that there are more f*****g ducks out there than you can shake a stick at!”