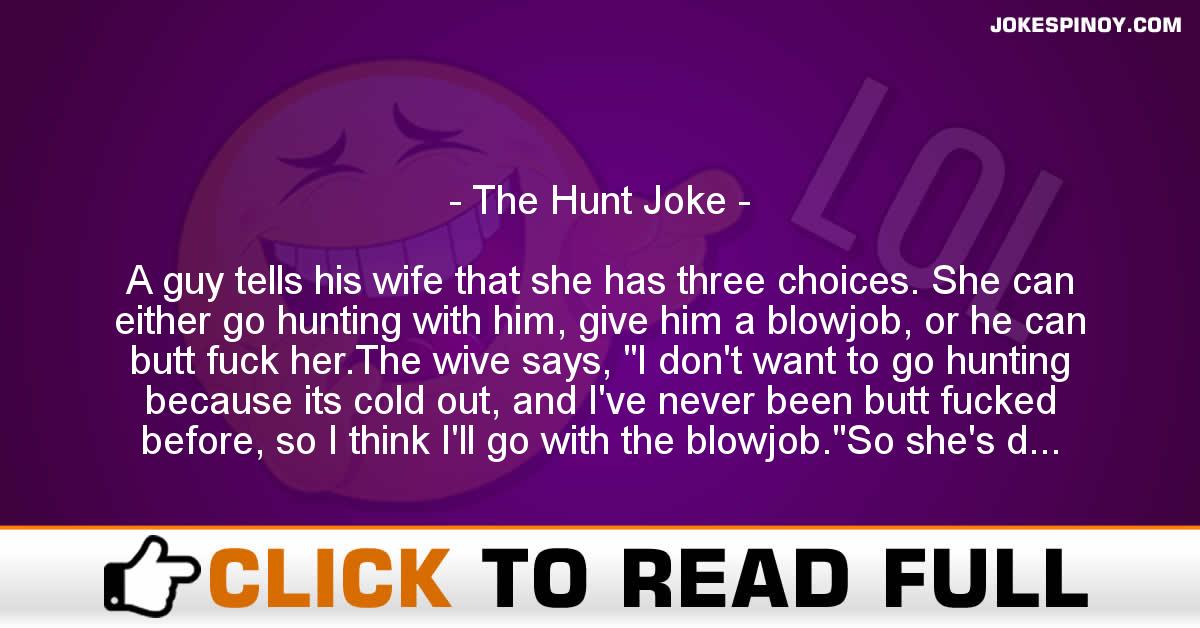 A guy tells his wife that she has three choices. She can either go hunting with him, give him a b*****b, or he can butt f**k her.The wive says, “I don’t want to go hunting because its cold out, and I’ve never been butt f**ked before, so I think I’ll go with the b*****b.”So she’s down there doing her thing and suddenly she says, “your dick tastes like shit!”The guy says, “yeah, the dog didn’t want to go hunting either.”