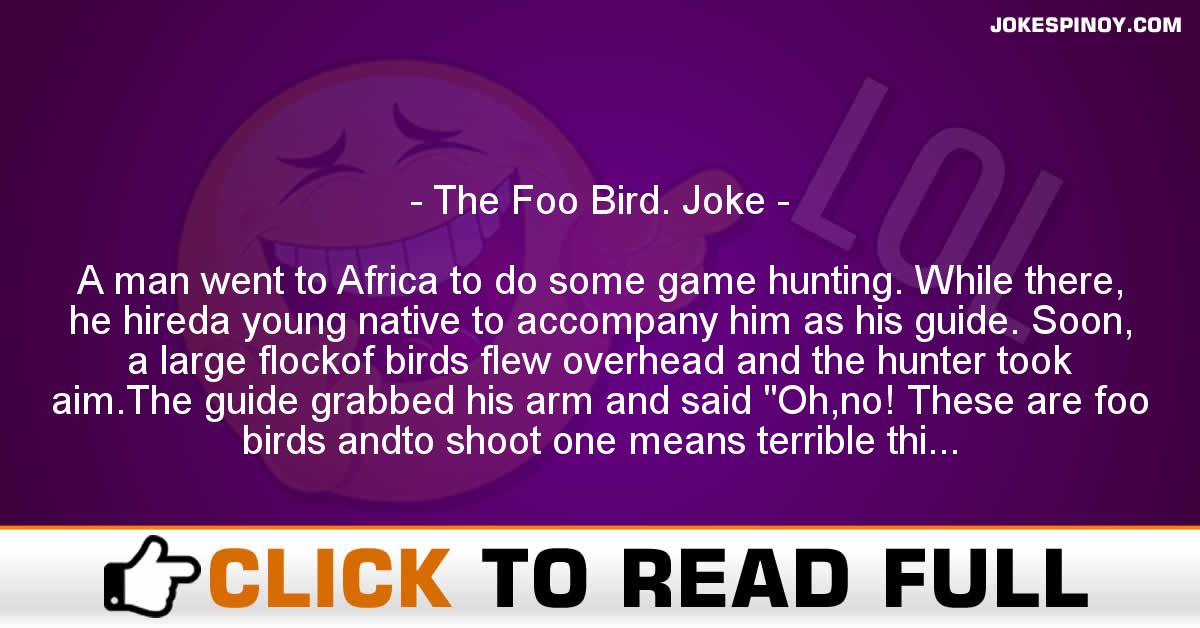 A man went to Africa to do some game hunting. While there, he hireda young native to accompany him as his guide. Soon, a large flockof birds flew overhead and the hunter took aim.The guide grabbed his arm and said “Oh,no! These are foo birds andto shoot one means terrible things will happen to you! The manfigured that was only a superstion of the natives and shot one down.Then the rest of the flock returned aand pooped all over him. He hollared at the boy, “I must have some water right away to washthis mess off. The boy said “Oh no! To wash the crap of the foo birdoff means sudden death immediately! Again the hunter ignored hisadvice, found water and got cleaned off.Sure enough he dropped dead then and there. The moral of this storyis “If the foo shits, wear it.”