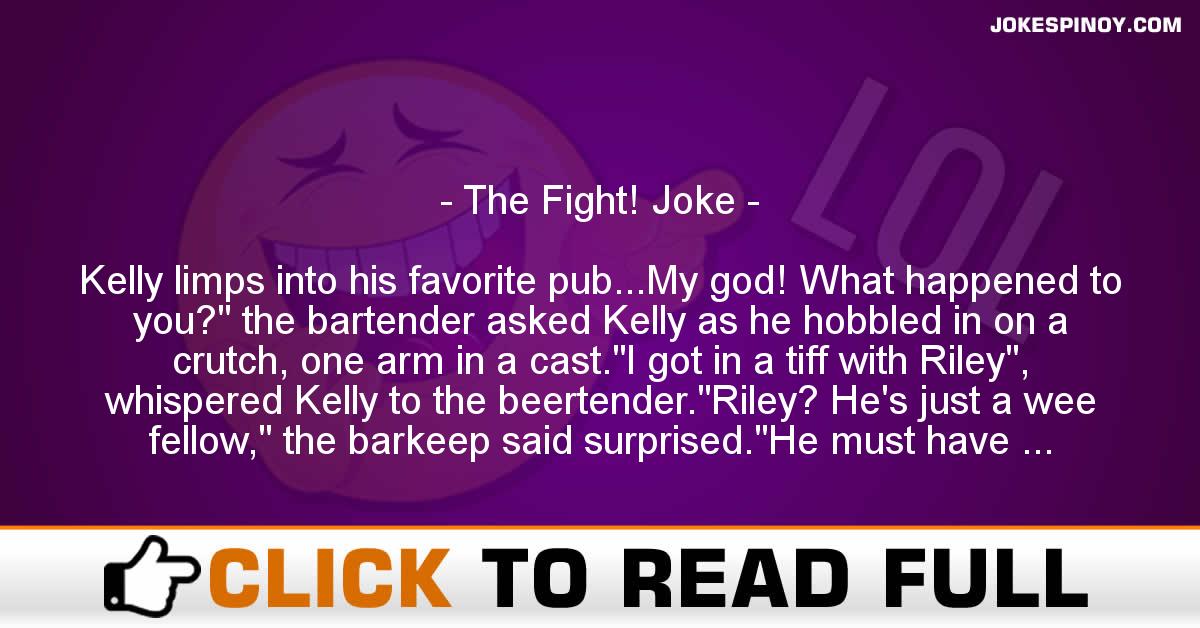 Kelly limps into his favorite pub…My god! What happened to you?” the bartender asked Kelly as he hobbled in on a crutch, one arm in a cast.”I got in a tiff with Riley”, whispered Kelly to the beertender.”Riley? He’s just a wee fellow,” the barkeep said surprised.”He must have had something in his hand.””That he did,” Kelly said. “A shovel it was.””Dear Lord. Didn’t you have anything in your hand?””Aye, that I did – Mrs. Riley’s right tit.” Kelly said.”And a beautiful thing it was, but not much use in a fight!”