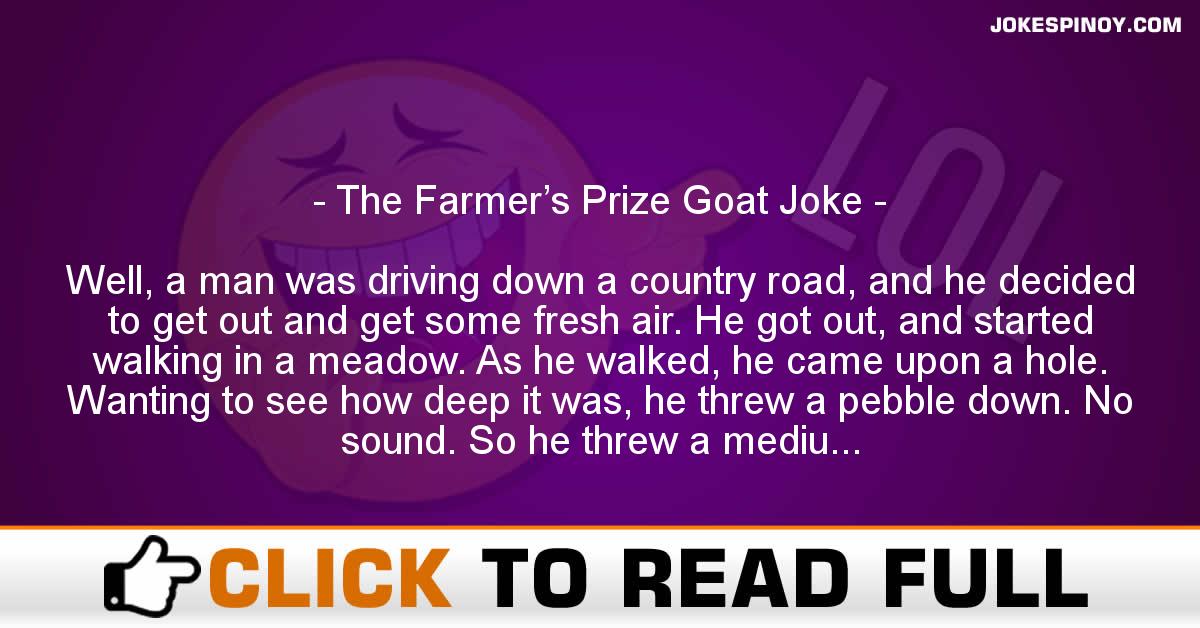 Well, a man was driving down a country road, and he decided to get out and get some fresh air. He got out, and started walking in a meadow. As he walked, he came upon a hole. Wanting to see how deep it was, he threw a pebble down. No sound. So he threw a medium-sized rock down. No sound. The man started to get frustrated, so he threw a boulder down. No sound. As he searched about, he spotted a railroad beam. He hauled it over to the hole, and shoved it in. No sound. He sat down on the ground, exhausted. Suddenly, he saw a goat running at him, full speed. He leaped up, and it brushed past him, and fell in the hole. He listened, but there was no sound. He sat down again. A few minutes later, a farmer came walking up. The man asked him, “How deep is this hole?” The farmer said, “Oh. Thats the bottomless pit. It never ends. Say, have you seen my prize goat?”The man, not wanting to get the blame, said, “No.” The farmer said, “Oh well. He can’t get far. He was tied to a railroad beam.”