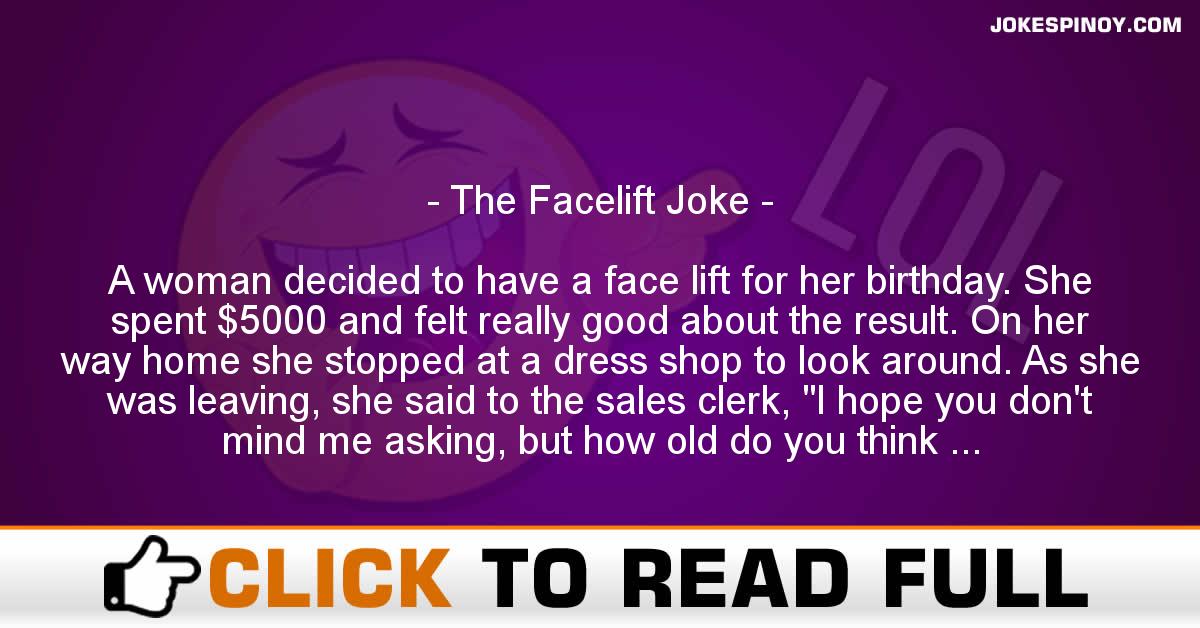 A woman decided to have a face lift for her birthday. She spent $5000 and felt really good about the result. On her way home she stopped at a dress shop to look around. As she was leaving, she said to the sales clerk, “I hope you don’t mind me asking, but how old do you think I am?” “About 35,” was the reply. “I’m actually 47,” the woman said, feeling really happy.After that she went into McDonalds for lunch, and asked the order taker the same question, to which the reply was, “Oh you look about 29?” “I am actually47.” That made her feel really good.While standing at the bus stop she asked an old man the same question. He replied, “I am 85 years old and my eyesight is going. But when I was young there was a sure way of telling a woman’s age. If I put my hand up your skirt I will be able to tell your exact age.”As there was no one around, the woman thought, “What the hell”, and let him slip his hand up her skirt. After feeling around for a while, the old man said, “Ok, You are 47.”Stunned the woman said, “That was brilliant! How did you do that?”The old man replied, “I was behind you in line at McDonalds!”