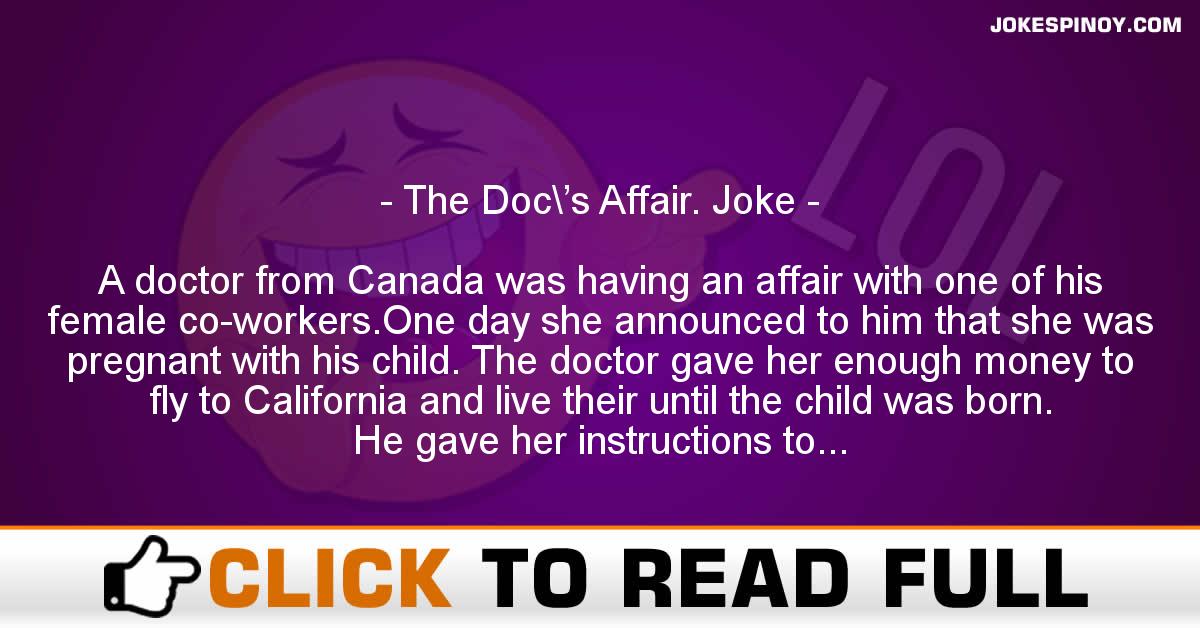 A doctor from Canada was having an affair with one of his female co-workers.One day she announced to him that she was pregnant with his child. The doctor gave her enough money to fly to California and live their until the child was born. He gave her instructions to send him a postcard with the word SAURKRAUT on it when she gave birth.About nine months later the doctor arrived home when his wife handed him a postcard. “Here”, she said. “This came in the mail today”.The doctor took the postcard and it read… SAURKRAUT SAURKRAUT SAURKRAUT TWO WITH WEINERS & ONE WITHOUT!