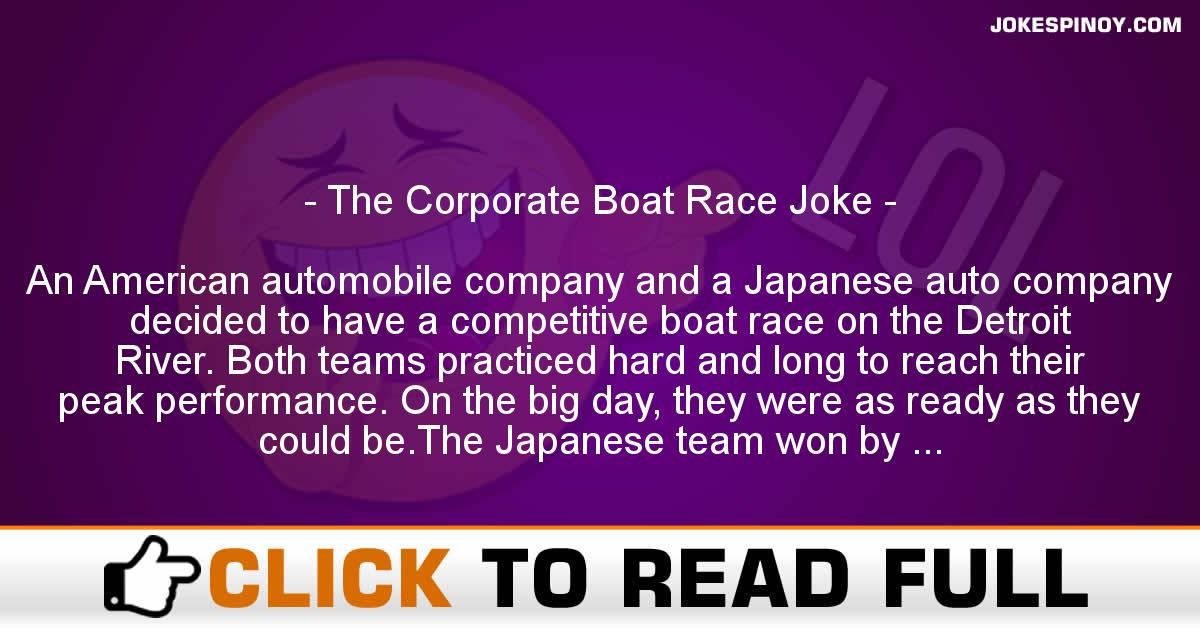 An American automobile company and a Japanese auto company decided to have a compet**ive boat race on the Detroit River. Both teams practiced hard and long to reach their peak performance. On the big day, they were as ready as they could be.The Japanese team won by a mile.Afterwards, the American team became discouraged by the loss and their morale sagged. Corporate management decided that the reason for the crushing defeat had to be found. A Continuous Measurable Improvement Team of “Executives” was set up to investigate the problem and to recommend appropriate corrective action.Their conclusion: The problem was that the Japanese team had 8 people rowing and 1 person steering, whereas the American team had 1 person rowing and 8 people steering. The American Corporate Steering Committee immediately hired a consulting firm to do a study on the management structure.After some time and billions of dollars, the consulting firm concluded that “too many people were steering and not enough rowing.” To prevent losing to the Japanese again next year, the management structure was changed to “4 Steering Managers, 3 Area Steering Managers, and 1 Staff Steering Manager” and a new performance system for the person rowing the boat to give more incentive to work harder and become a six sigma performer. “We must give him empowerment and enrichment.” That ought to do it.The next year the Japanese team won by two miles.The American Corporation laid off the rower for poor performance, sold all of the paddles, cancelled all capital investments for new equipment, halted development of a new canoe, awarded high performance awards to the consulting firm, and distributed the money saved as bonuses to the senior executives.