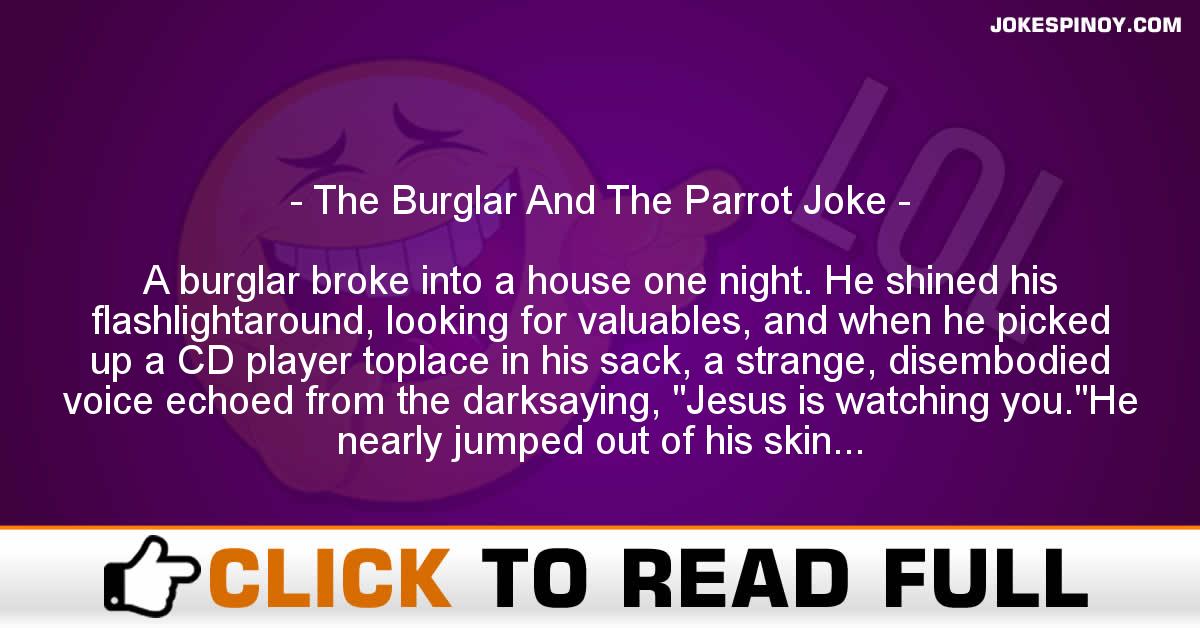 A burglar broke into a house one night. He shined his flashlightaround, looking for valuables, and when he picked up a CD player toplace in his sack, a strange, disembodied voice echoed from the darksaying, “Jesus is watching you.”He nearly jumped out of his skin, clicked his flashlight out, andfroze. When he heard nothing more after a bit, he shook his head,promised himself a vacation after the next big score, then clickedthe light back on and began searching for more valuables. Just ashe pulled the stereo out so he could disconnect the wires, clear asa bell he heard, “Jesus is watching you.”Freaked out, he shined his light around frantically, looking for thesource of the voice. Finally, in the corner of the room, hisflashlight beam came to rest on a parrot. “Did you say that?” Hehissed at the parrot.”Yep,” the parrot confessed, then squawked, “I’m just trying to warnyou.”The burglar relaxed. “Warn me, huh? Who in the world are you?””Moses,” replied the bird. “Moses?” the burglar laughed. “What kind of stupid people would namea parrot Moses?”The bird promptly answered, “Probably the same kind of people thatwould name a Rotweiller “Jesus”!

Topic of Interest:    jokes about parrot and burglar,   joke about a burglar and a parrot