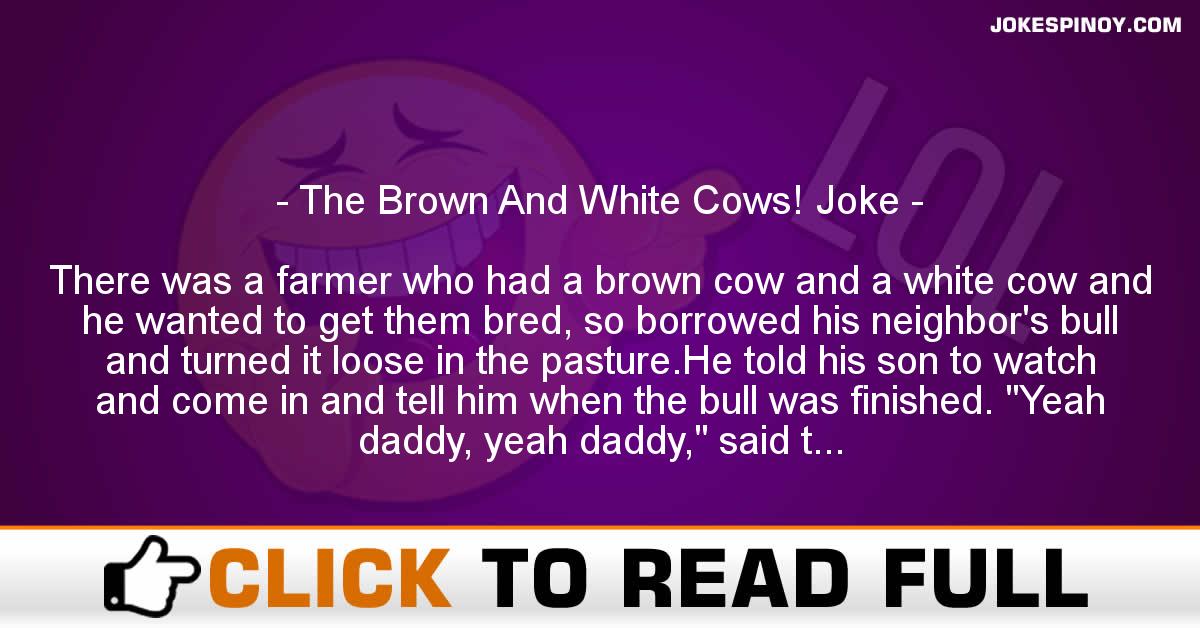 There was a farmer who had a brown cow and a white cow and he wanted to get them bred, so borrowed his neighbor’s bull and turned it loose in the pasture.He told his son to watch and come in and tell him when the bull was finished. “Yeah daddy, yeah daddy,” said the little boy. After a while the boy came into the living where his father was talking with some friends.”Say, Pop,” said the boy.”Yes,” replied his father. “The bull just screwed the brown cow!” There was a sudden lull in the conversation. The father said “Excuse me” and took his son outside. “Son, you mustn’t use language like that in front of company. You should say ‘The bull “surprised” the brown cow’. Now go and watch and tell me when the bull “surprises” the white cow.” The father went back inside the house.After a while the boy came in and said, “Hey, Daddy!” “Yes, son. Did the bull “surprise” the white cow?” “He sure did, Pop! He screwed the brown cow again!”